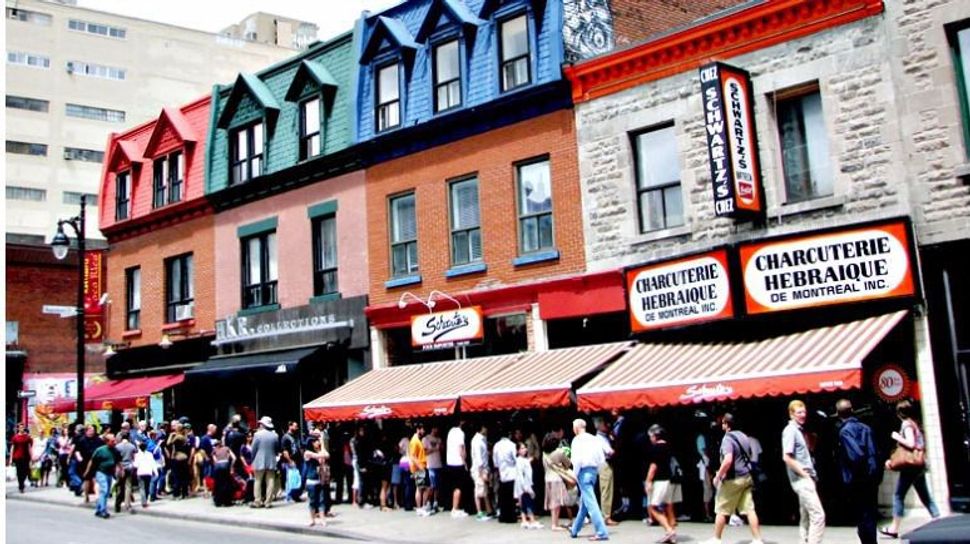 Schwartz’s in Montreal. Image by Courtesy of Schwartz’s Deli

Still, for even the most popular delis, the road can be tough and uncertain. The Carnegie Deli, a New York institution since 1937, is set to close on Dec. 31. Los Angeles staples Billy’s and Solley’s both closed last year.

And as Alina Simone notes at Public Radio International, Schwartz’s ran into some ownership trouble of its own four years ago. That’s when the late Montreal restaurateur Paul Nakis helped convince singer Celine Dion, an iconic Quebec native, and her husband, Rene Angelil, to invest in the deli and become part owners.

“It’s the most unique restaurant in the world and we’re thrilled to be a part of it,” Angelil said at the time. (He died in January.)

The vocal powerhouse, a Catholic, might seem like a strange match for a Jewish deli, but she and her husband had already invested in the Nickels restaurants, which has become Quebec’s largest smoked meat chain.

Frank Silva, the current general manager at Schwartz’s, told Simone that his deli’s Jewish clientele was originally a little skeptical of its non-Jewish ownership. But nothing has changed over the years — from the custom of smoking meat for 10 days to baking the bread daily — so the customers are still happy, he said.

“We run the show, and as long as the line is around the block, [the owners] let us do our jobs,” Silva said.

Dion made a surprise appearance at the deli in August, where she signed autographs and treated diners to a free lunch. But no word on whether or not she broke into a ballad or two.