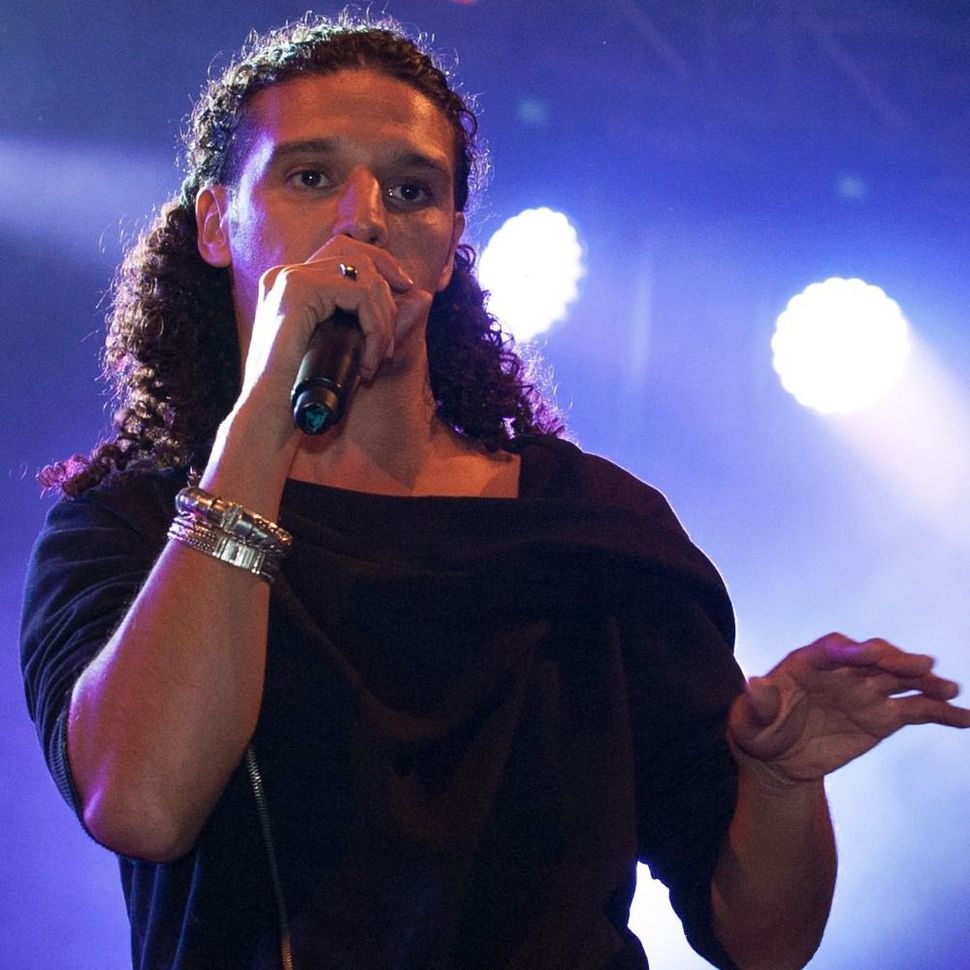 (JTA) — A Dutch rapper who sang that he “sits on money like a Jew” and “deports” greedy women defended the text as a “compliment” devoid of any anti-Semitic undertones.

Ali Bouali, a best-selling performer of Moroccan descent who is also known in the Netherlands as an activist against discrimination, defended these lines from his new single “That Is Money” in an interview published Tuesday in the Het Parool daily.

Bouali, who is better known as Ali B., was responding to criticism over his single that appeared in an op-ed earlier that day in Jonet, the Dutch Jewish news website.

“Instead of speaking out against the virulent anti-Semitism of Islamist youths, this pet Moroccan clearly chooses to spread a classic anti-Semitic preconception about Jews,” the Jonet op-ed read.

“I’m just calling them good businesspeople,” Ali B. told Het Parool. As for the use of the word “deportation,” he said it is just “wordplay” meant that he “sends gold diggers packing.”

“They want to take every word that a Moroccan ever says and turn it into something anti-Semitic,” he added, citing negative feedback he received on Twitter and on his website.

Since its Dec. 23 release on YouTube, the video clip of “That is Money” has been viewed more than 1 million times.