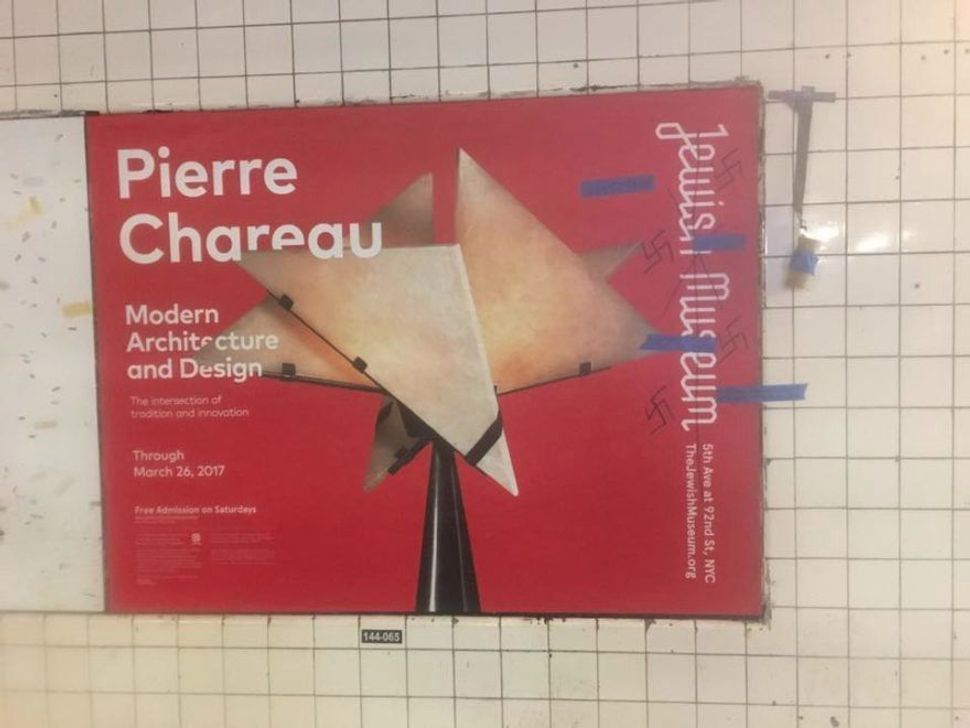 (JTA) — Swastikas were scrawled on a poster in a Manhattan subway station advertising an exhibit at New York’s Jewish Museum.

The poster, hanging in the Dyckman Street station on the A train line, was found to be defaced with four swastikas, drawn in black marker, on Monday night and “Jewish Museum” crossed out. In addition, several strips of blue tape were affixed to the poster bearing the words “love > hate.”

The subway station is just north of the heavily Jewish Washington Heights neighborhood.

There was a 115 percent increase in bias crimes in New York City in the month following Election Day, with Jews being targeted in 24 of the 43 incidents during that period. The anti-Semitic incidents represented a threefold increase from November 2015, The New York Observer reported.