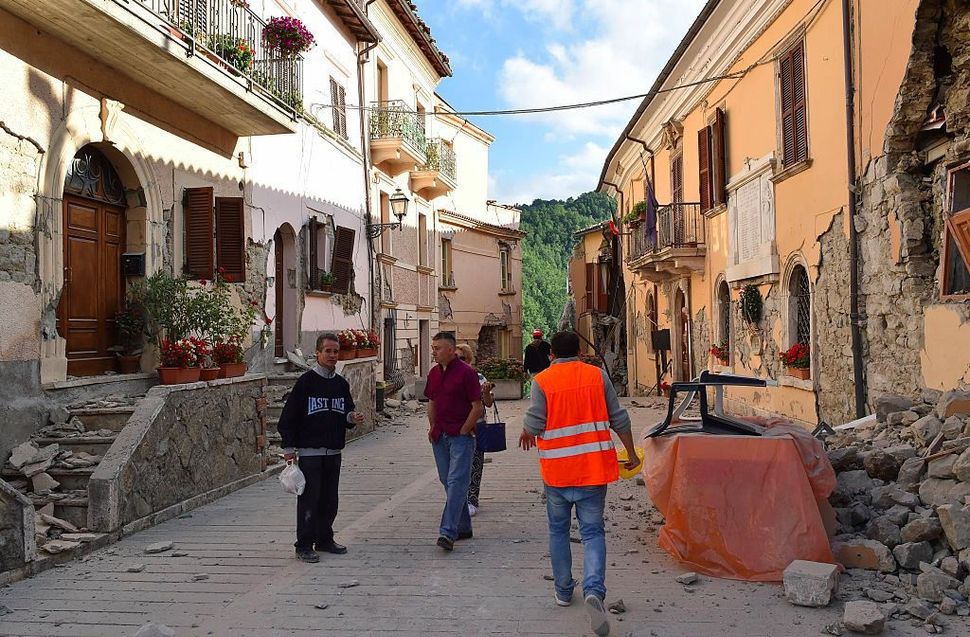 A delegation from the Union of Italian Jewish Communities, or UCEI, and IsraAID visited the earthquake zone in recent days and delivered thermal blankets, jackets, shoes, portable heaters and other material, the UCEI reported Wednesday.

A series of powerful quakes in late August and October near the towns of Amatrice and Norcia killed nearly 300 people and left thousands homeless.

In cooperation with Italian civil protection, the Italian military, and other organizations, IsraAID has been carrying out relief work in the affected zone since September, with the logistical support of the UCEI, which also has been collecting funds and material since the quake hit.

IsraAID brought to Italy from Israel a team of psychologists trained in dealing with the effects of Post Traumatic Stress Disorder.