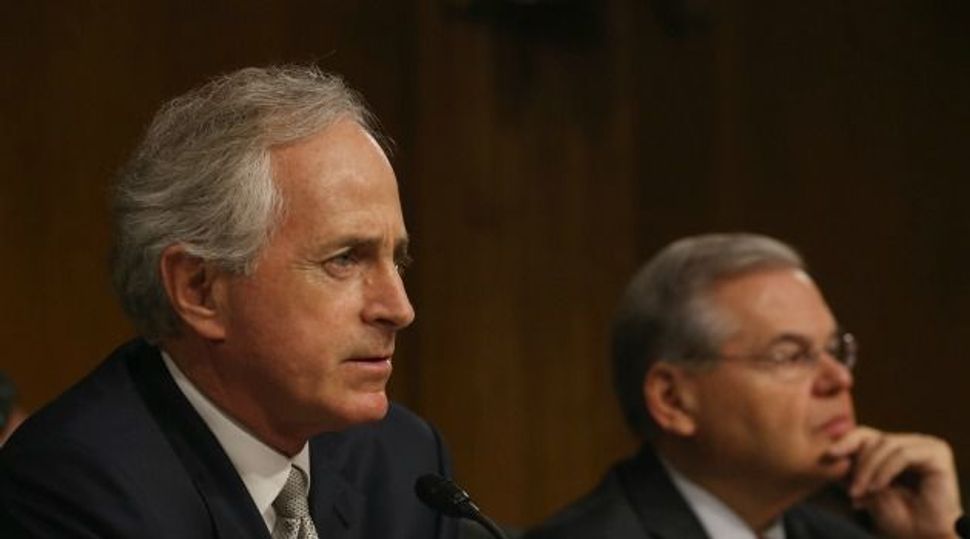 Sen. Bob Corker (R-Tenn.) is trying to round up Democratic votes for a bill that would give the GOP Congress veto power over President Obama’s Iran nuclear deal. Image by getty images

The head of the U.S. Senate Foreign Relations Committee said on Friday that Washington abruptly rejecting the Iran nuclear deal could create “a crisis” and said he did not expect that approach under President-elect Donald Trump’s administration.

“To tear it up on the front end, in my opinion, is not going to happen,” U.S. Senator Bob Corker told reporters at a breakfast sponsored by the Christian Science Monitor.

Instead, he said he expected strong enforcement of the international agreement, in which Iran agreed to curtail its nuclear program in exchange for sanctions relief