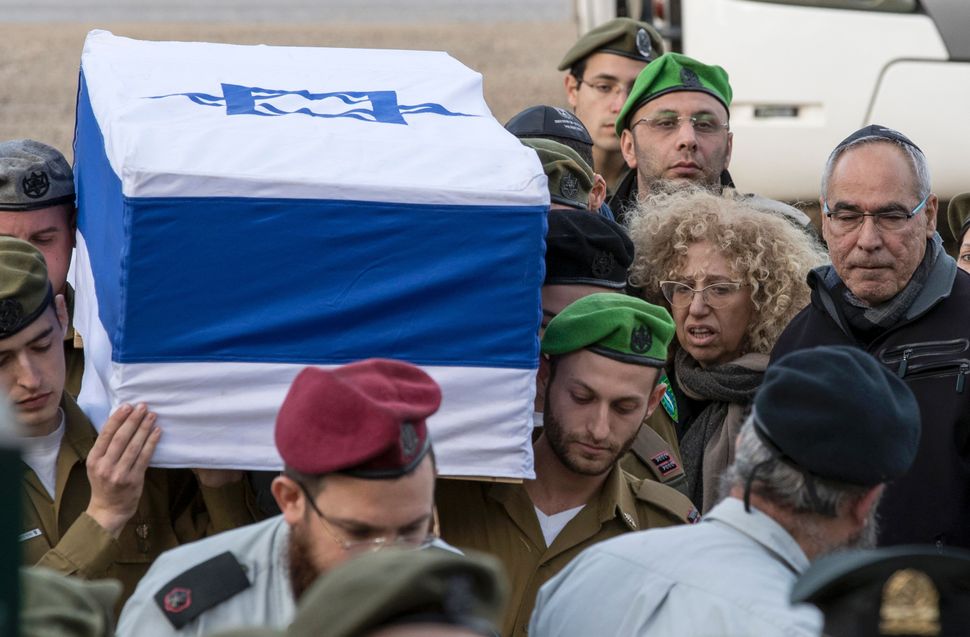 Israel’s government has been quick to suggest a Palestinian who rammed a truck into a group of Israeli soldiers at the weekend was inspired by Islamic State, raising questions over how it came to that conclusion.

Hours after the attack on Sunday, which killed four soldiers and wounded 17, Prime Minister Benjamin Netanyahu said the assailant showed all the signs of being a supporter of the ultra-hardline Sunni movement.

He did not give details but Defence Minister Avigdor Lieberman cited parallels with Islamic State-inspired attacks on crowds using trucks in Germany and France last year.

“We saw it in France, we saw it in Berlin and unfortunately we saw it today in Jerusalem,” he said during a visit to the scene overlooking Jerusalem’s Old City.

In Israel, multiple voices were quick to point out the differences between Palestinian violence and that perpetrated by Islamic State. While Islam may inspire some Palestinian assailants, political motivations around Israel’s occupation and the long-running conflict remain the dominant factor.

“Palestinian attacks are overwhelmingly motivated by nationalism, not by religion,” said Orit Perlov, a social media expert and research fellow at the Institute for National Security Studies in Tel Aviv.

“Israel is trying to generalize the phenomenon, saying everyone faces the same threat. But while the symptoms may be similar, the causes are completely different.”

In Europe there is sympathy and support for Israel and the deadly threats it faces, but also cautiousness about close comparisons.

Over the past 18 months, Netanyahu has repeatedly described a wave of Palestinian attacks on Israelis as part of the same violent Islamist campaign afflicting Europe, saying Israel, France and Germany are in the same boat, and that Israel’s frontline position needs to be better understood.

Sunday’s statement was the clearest link Netanyahu had made between a Palestinian attacker and Islamic State, although he did not say the group planned it or that the assailant, who was shot dead at the scene, was an Islamic State operative.

Yossi Melman, an analyst writing in Ma’ariv newspaper, said there was little evidence to suggest the Palestinian attacker had drawn inspiration from Islamic State, pointing out that Palestinians carried out car-ramming attacks before ISIS.

“This is essentially a case of unaffiliated terrorists, young people … who do not belong to any organization and decide on their own, often on a whim and with no prior preparations, to commit a terror attack,” he said.

Others said it made sense for Netanyahu to try to draw a direct link between the threats Israel faces and those in Europe, but that it was unlikely to convince policymakers.

“There are no signs that Europe as a whole will stop considering the occupation as the main cause for Palestinian terrorism,” said Ilan Jonas, chief executive of Prime Source, an Israeli political and security consultancy.

Europe is not about to “adopt Netanyahu’s line that this is part of a universal phenomenon that is totally unrelated to Israel’s policies in the West Bank,” he said.

As is common, Hamas, the Islamist group that controls Gaza, praised Sunday’s attack. But the Palestinian Authority, which has limited self-rule in the Israeli-occupied West Bank, was more circumspect. Its security forces even carried out raids in some areas, supporting Israel’s clampdown.

Adnan al-Dmairi, spokesman of the Palestinian security services in the West Bank, dismissed any suggestion Islamic State had a foothold in the territory.

“There is no presence for ISIS as an organization in the West Bank,” he told Reuters, while acknowledging some people expressed support on Facebook or other social media. “There is nothing of such a name as ISIS in the Palestinian areas.”

Data tends to back that up. Figures collected by Israel’s security establishment show Palestinian support for ISIS declining, said Perlov of the INSS, with the level falling from 14 percent in 2014-15 to eight percent last year.

“The trend is downwards. Even if there was some low-level support for IS at the peak when it seized control of Mosul, that has dropped away,” said Perlov.

Some Israeli Arabs — no more than a couple of dozen, analysts say — have tried to go and join Islamic State in Syria or Iraq, but that number is a fraction of the Muslims that have gone from Britain, Belgium, France or the Netherlands.

For Europe, Israel’s generalization of the terrorism threat presents a problem, said Andrea Frontini, an analyst at the European Policy Centre, because it risks over-politicizing counter-terrorism cooperation.

On the one hand, Europe needs and wants closer cooperation with Israel when it comes to tackling rising security threats, she said. But Europe does not want to feel like it has soften its approach on other issues, such as the Middle East peace process and Israel’s occupation, in order to show solidarity.—Reuters