Miriam Goldberg, Publisher of Intermountain Jewish News Since 1972, Dies at 100 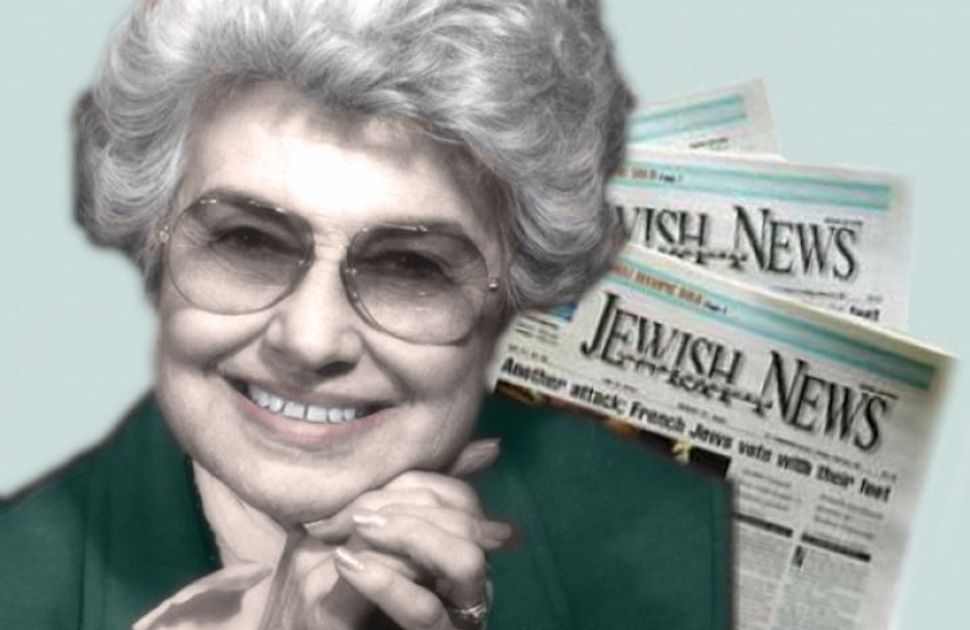 (JTA) — Miriam Harris Goldberg, the editor and publisher of the Intermountain Jewish News in Denver since 1972, has died.

Goldberg, a charter inductee of the Colorado Women’s Hall of Fame who was honored frequently by the Jewish and general community for her stewardship of the weekly newspaper, died Sunday. She was 100.

Goldberg began working at the Intermountain Jewish News, or IJN, in 1966, alongside her husband, Max, who had served as publisher since 1943. Upon his death in 1972, Miriam Goldberg took over leadership of the newspaper. The couple had been married 36 years.

She increased IJN’s advertising and subscription bases, as well as its editorial scope, the newspaper said in its obituary. Goldberg also added innovations including a “Very Important Women” issue in 1974, followed by other special theme issues, Washington and Jerusalem bureaus, and electronic reception of news content.

Along with the Women’s Hall of Fame recognition, Goldberg was honored by the Colorado Press Women and the National Federation of Press Women. During her tenure, the IJN became one of the most awarded newspapers in the American Jewish Press Association, or AJPA.

She was a vice president of the AJPA and served on the boards of the Colorado Press Association and the Better Business Bureau. Goldberg was a life member of the Hadassah Women’s Zionist Organization and National Council of Jewish Women. She also was a supporter of many charitable organizations.

Goldberg is succeeded as editor and publisher by her son, Rabbi Hillel Goldberg, who has served for the past 26 years as executive editor. Her granddaughter Shana Goldberg is assistant publisher.

Miriam Goldberg, Publisher of Intermountain Jewish News Since 1972, Dies at 100