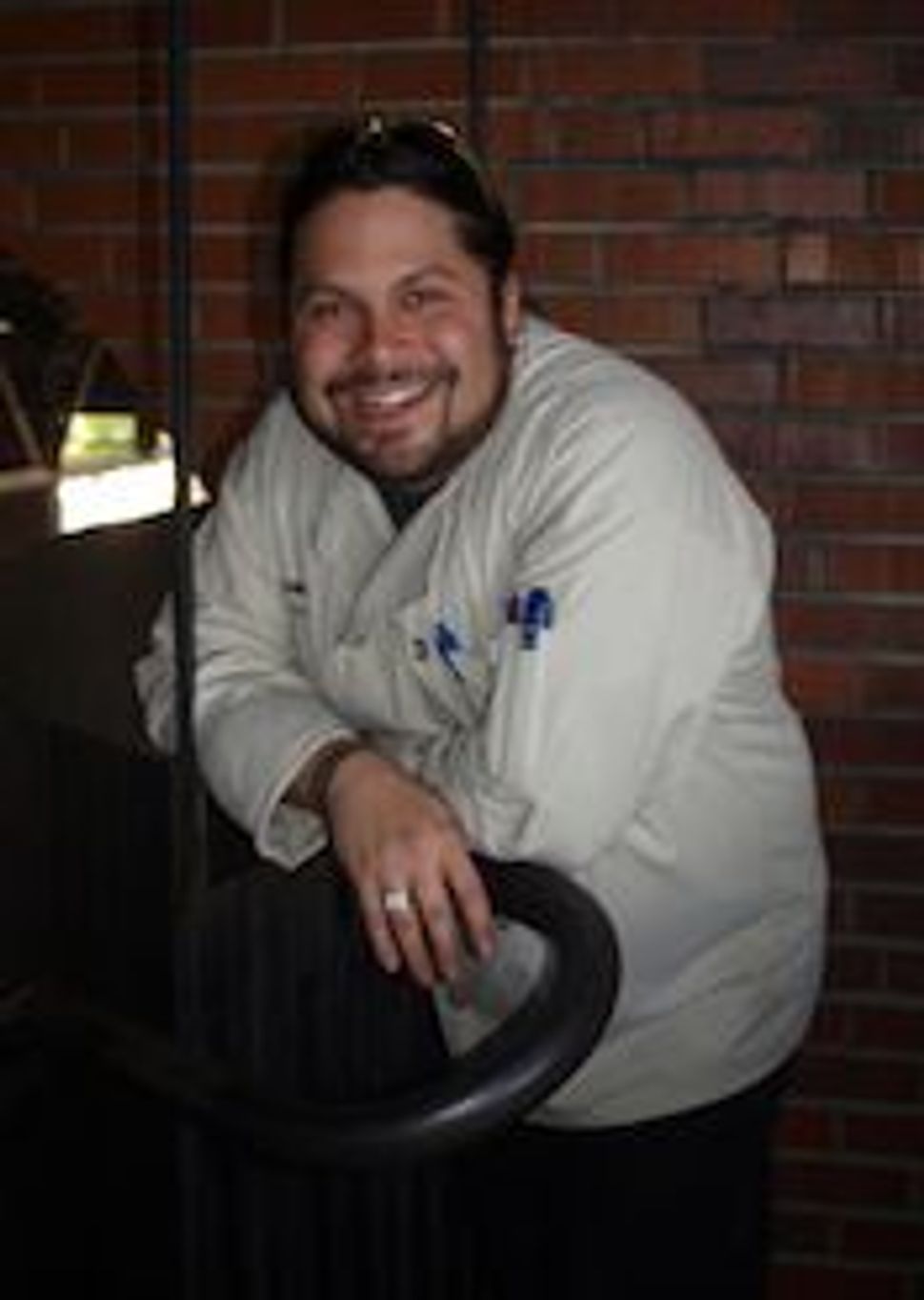 Daniel Asher, a Jewish chef based in Denver, has promoted sustainable food in two restaurants in the Mile High City. Asher whips up organic delicacies at Linger, which opened in June of this year, as well as the Denver institution of Root Down, which opened in 2008.

The son of a Romanian father and a French-Canadian mother, Asher said food was always a part of his upbringing in Montreal and Chicago. “Our house was very food-focused, without a doubt,” Asher said during a lunchtime interview in Linger, which features a view overlooking downtown Denver.

Asher, 34, recalls helping his mother collect produce from one of several backyard gardens as a child. “I’d go off into the backyard with a pair of scissors and a stainless steel bowl and pick chives and lettuce,” he said. When he was seven years old, his mother set up a step stool in the kitchen so he could help her prepare food.

“After grade school, instead of watching cartoons, I’d watch Julia Child and Jeff Smith on PBS,” Asher said. His love of cooking led to his first job in a kitchen, in the Midwestern institution of Fudruckers in Chicago at age 14.

The humble position of peeling potatoes and washing dishes led to a lifelong appreciation of the ins-and-outs of restaurants, and Asher spent the 20 years since in the food preparation business. He worked for a kosher catering company in Chicago before relocating out West in the 2000s.

“Being involved with the kosher catering scene definitely created a higher awareness of the attention that food deserves,” Asher said. Although his restaurants in Denver are not kosher, Asher only uses local and organic food to prepare seasonal dishes.

“As sustenance, ingredients should be labored over and grown and sown with a certain level of attention,” Asher said. “To do anything less than that would be disrespectful to the guests, food and farmers.”

During the fall, Root Down features dishes such as Organic Carrot & Thai Red Curry while Linger showcases a cornucopia of ingredients in an around-the-world tour of cultures. Linger takes the concept of street food and elevates it to fine dining, from tacos to sliders to Asian and Indian delicacies. The menu notes that around 75% of Linger ingredients are organically sourced.

Located in a building that used to house a mortuary, Linger has received kudos for reviving the corner of 30th avenue and Tejon street in the Highland neighborhood of Denver. The Denver Post hailed it as “most extravagant restaurant build-out in recent memory” in a recent restaurant review.

As the son of a Holocaust survivor, Asher said he feels very connected to his Judaism. His father was imprisoned in a labor camp in Bucharest, Romania, emigrating to Canada after World War II ended. “You can’t deny your roots in life,” Asher said.” At the base essence of my being, I’m Jewish. Regardless of daily practices or rituals or how often I attend synagogue — I’m Jewish.”

Asher also notes the importance of food in Jewish rituals, from bar mitzvahs to weddings to funerals. He said he fulfills his sense of service to society by feeding people with healthy, organic food. “The bottom line is Jews love to eat,” Asher said. “The entire Jewish philosophy is remarkably entwined with food and beverage.”

Nina Davidson, a freelance writer, covers events in her hometown of Denver at http://denver.about.com.