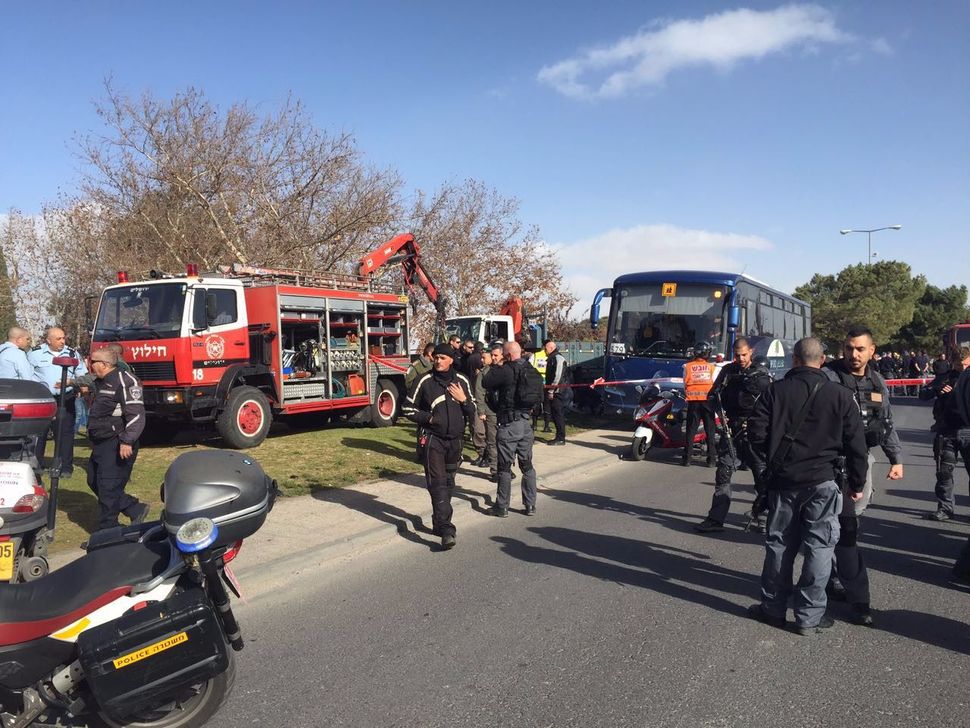 JERUSALEM (JTA) — The mother of the Palestinian man who killed four Israeli soldiers in a truck-ramming attack in eastern Jerusalem will lose her Israeli residency and other benefits in the wake of the attack.

Manwa al-Qunbar and 11 other relatives were summoned Tuesday to the Interior Ministry to begin the process of revoking their residency. The family home is in the Jabel Mukaber neighborhood of eastern Jerusalem.

Fadi al-Qunbar, who held an Israeli identification card, drove a large truck into a group of soldiers who had just exited a bus on the promenade in the Arnon Hatnatziv neighborhood, which marks the border between the eastern and western halves of Jerusalem. He then reversed back over the bodies after he had hit them before being shot and killed by a civilian tour guide and at least two soldiers. Along with the four killed, 15 others were injured in the attack.

“We must fight with all our strength and by any deterrent means in order to prevent the next terror attack,” Interior Minister Aryeh Deri said. “From now on, terrorists considering an attack will know that their families will pay a price for their actions.”

Deri held consultations on Monday with the Shin Bet security service and the Population and  Immigration Authority before making his decision. Prime Minister Benjamin Netanyahu supports the move, according to Ynet.

The relatives have said they did not know Fadi al-Qunbar was planning an attack.

His sister said afterward: “God chose him for this martyrdom. Thank God. We are patient and we thank God for this. … It is the most beautiful martyrdom.”

The army did not allow the family to erect a traditional mourning tent and the family home will likely be sealed or demolished.

“This attack is just the beginning of 2017” and “Hamas is resistance, not terror” were among the messages.