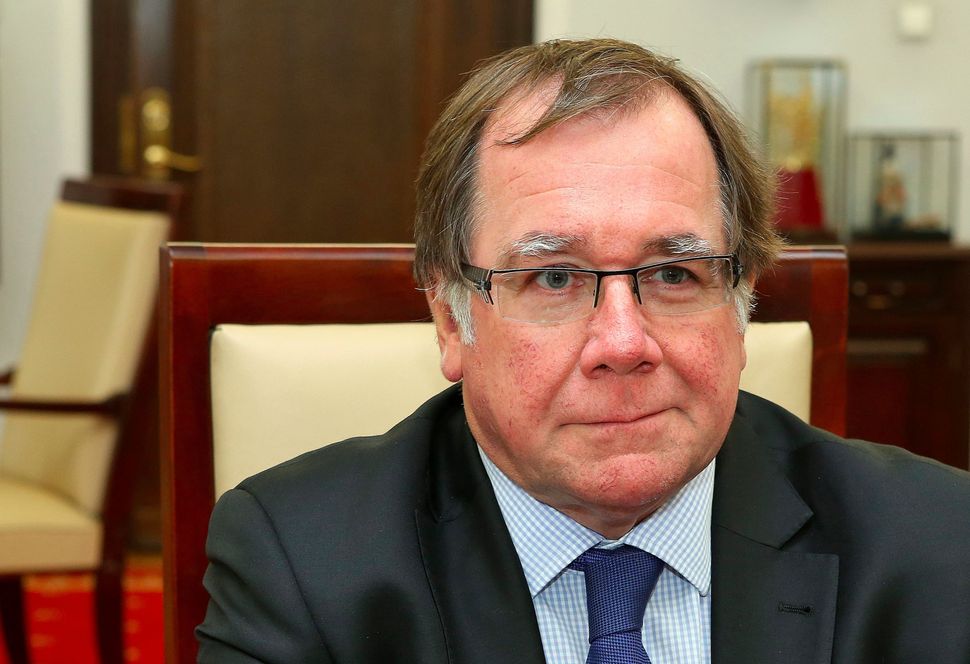 SYDNEY, Australia (JTA) — The recent passing of an anti-settlements resolution in the United Nations “stands in sharp contrast to the condemnation and accusations that have dominated subsequent commentary from Israel and that country’s supporters,” New Zealand Foreign Minister Murray McCullay said in an Op-Ed in a major daily newspaper.

New Zealand is one of the four sponsors of UN Security Council resolution 2334, which calls for a halt of development of Israeli settlements and calls for the reestablishing of the pre-1967 war borders, along with Venezuela, Malaysia and Senegal.

The resolution passed late last month by a vote of 14-0 with one abstention, the United States,

In an Op-Ed published on Thursday in the New Zealand Herald, McCullay wrote: “At the heart of this whole debate is whether we will see a future in which two states, Israel and Palestine, live side by side in peace and security. This two-state solution has been the accepted basis for resolving the Palestinian question for many decades now, enshrined in various negotiated accords and UN Security Council resolutions, and the focus for several unsuccessful attempts to broker final agreement between the parties.

He wrote that the resolution “reinforces the international community’s commitment to this negotiated outcome.” He added that the resolution “condemns the obstacles to a negotiated two state solution.” He cites as those obstacles: incitement, acts of violence and terror against civilians on both sides, “and the ongoing settlements program which carves ever more deeply into the land available for a Palestinian state on the West Bank.”

He added that New Zealand would not have supported the resolution if the “misleading and irresponsible claims made by critics of the resolution” were true. Among the claims are that it predetermines negotiations between Israel and the Palestinians, prevents Israelis from visiting Jewish holy sites, and changes the legal status of the West Bank.

If the claims were true, he added, the “U.S. would most certainly not have allowed the resolution to pass.”

McCullay said New Zealand’s vote was consistent with its policy toward Israeli settlements.

“For the whole of New Zealand’s two-year term on the Security Council, the Secretary-General and his Special Coordinator have expressed alarm that the forces of incitement and violence and the relentless progress of the settlement program were undermining the two-state solution,” he wrote.

Israel’s ambassador to New Zealand was recalled to Jerusalem after the UN vote on the resolution.