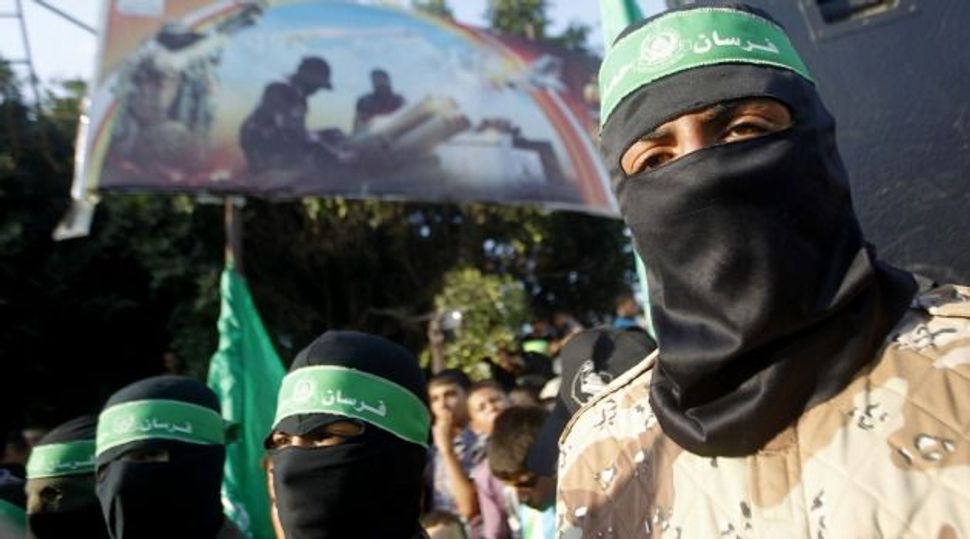 (JTA) — A United Nations employee from Gaza who assisted Hamas was released after six months in an Israeli prison.

Waheed al-Bursh, a Palestinian engineer working for the United Nations Development Program in Gaza, was sentenced last week in Israel for assisting the terrorist group last year by transporting to a Hamas-run facility 300 tons of rubble that he was handling as part of a disposal project of debris from Israel’s 2014 assault on Hamas in Gaza, the Palestinian Ma’an news agency reported Thursday.

His sentence was the time had already served under detainment since August, when he was arrested by Israeli police.

Initially suspected of willfully assisting the terrorist group, he was convicted merely of assisting it without intention to cause harm and released Thursday, according to Ma’an.

Last month, Israeli security forces recorded one attack from the Gaza Strip, involving the firing of an assault rifle on an Israeli army patrol guarding the border between the Hamas-run enclave and Israel, the Shin Bet security service said in its latest monthly report published earlier this week.

The overall number of terrorist attacks recorded in Israel last month was 98 incidents, compared to 95 the previous month.

The December tally was the third lowest figure on record since October 2015, when 620 attacks were recorded following a near tripling over the previous month. The lowest figure recorded in any month after that conflagration was in August of this year, with 93 incidents.

But for Jerusalem, November and December have been among the calmest months since the flare-up last year, which Palestinian nationalists said was over Israeli actions endangering the al-Aksa Mosque, which is located on the Temple Mount. Israel’s government denied these claims, maintaining it was keeping the status quo.

The Shin Bet reports do not include dozens of incidents of rock throwing that occur every month, mainly in the West Bank.

According to Ma’an, more than 275 individuals have died during the wave of unrest starting from Oct. 1, 2015, including over 235 Palestinians, many of whom were killed while perpetrating attacks. During that period, attacks also caused the death of five foreign nationals — two Americans, one Eritrean, one Sudanese, and one Jordanian.

In September, October and November on 2015, the Shin Bet recorded 223, 620 and 326 attacks, respectively, in what Israeli Prime Minister Benjamin Netanyahu called a “wave of terror.”