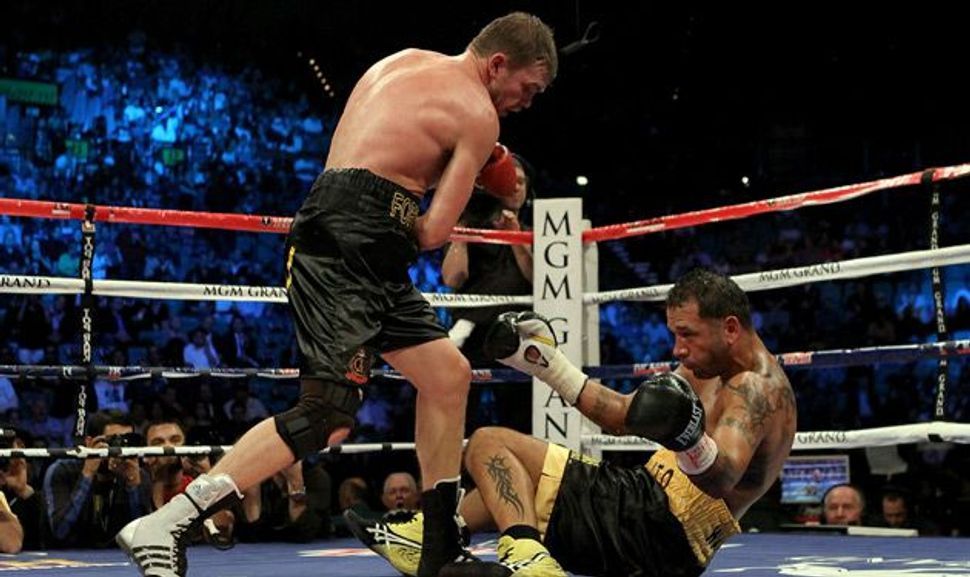 Foreman, 36, was defeated by defending champion Erislandy Lara on Friday night in Miami. The referee stopped the bout in the fourth round after Lara hit Foreman with a left uppercut to the chin leaving Foreman disoriented and unable to continue the fight, according to Boxingnews24.com.

It is the first time in his career that Foreman fought on a Friday night, the Jewish Sabbath.

“Being a rabbi, it is sometimes very interesting to mix that with fighting, but Friday night I won’t be in rabbi mode. I will be all fighter,” Foreman told ESPN a day before the fight. “We are going to show skills and heart and power on Friday night.”

Foreman immigrated first to Israel and then to the United States from Belarus. He lives in Brooklyn.

In 2013, Foreman quit boxing after losing his title to Miguel Cotto at Yankee Stadium three years earlier and sustaining a series of injuries. According to ESPN, he had been the first Orthodox Jew to win a world title in over 70 years when he beat Daniel Santos in 2009.

During his hiatus, Foreman was ordained as a rabbi by Dovber Pinson, a Chabad rabbi based in the Carroll Gardens section of Brooklyn.