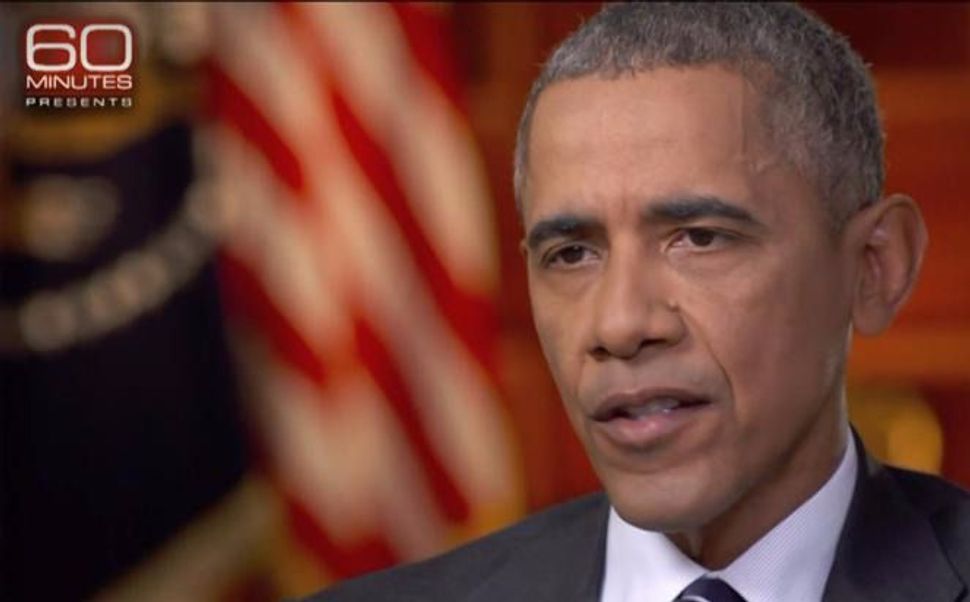 Relations between the United States and Israel, which have soured during Obama’s eight years in office, reached a low point late last month when Washington, defying pressure from longtime ally Israel and President-elect Donald Trump, declined to veto the U.N. resolution.

After the Dec. 23 vote, Israeli Prime Minister Benjamin Netanyahu described the U.S. move as “shameful” and accused the Obama administration of colluding with the Palestinians in the U.N. move against the settlements, which are considered illegal by most countries and described as illegitimate by Washington. The White House denied the charge.

“I don’t think it caused a major rupture in relations between the United States and Israel,” Obama said in an interview with the CBS program “60 Minutes” airing on Sunday night, according to a transcript provided by CBS.

“If you’re saying that Prime Minister Netanyahu – got fired up, he’s been fired up repeatedly during the course of my presidency.”

Trump has pledged to pursue more pro-Israeli policies and to move the U.S. Embassy from Tel Aviv to Jerusalem, all but enshrining the city as Israel’s capital despite international objections.

Obama, who leaves office on Friday, said Israel’s settlements had made it harder to imagine a contiguous, effective Palestinian state, seen as key to a long-sought two-state solution to end the Israeli-Palestinian conflict.

The Palestinians want an independent state in the West Bank, Gaza and East Jerusalem, areas Israel captured in a 1967 war.

Israel disputes that settlements are illegal and says their final status should be determined in any future talks on Palestinian statehood. The last round of U.S.-led peace talks between the Israelis and Palestinians collapsed in 2014.—Reuters