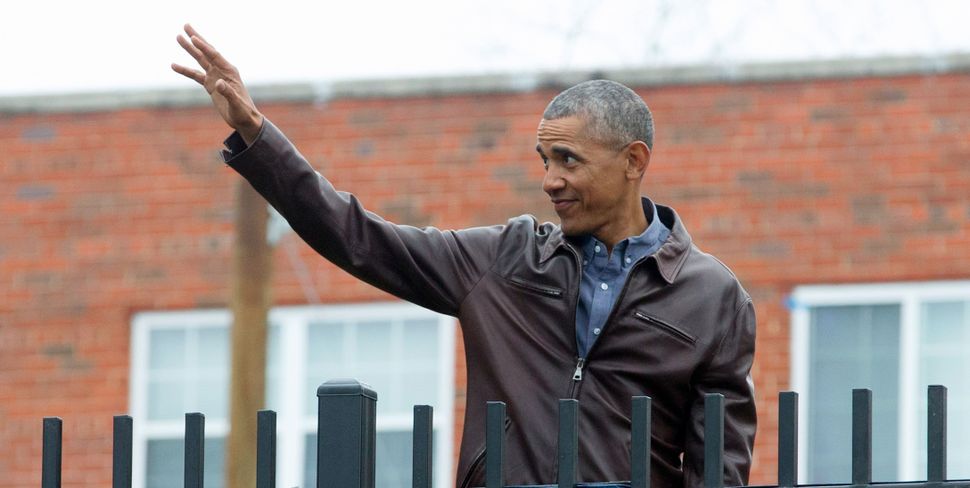 WASHINGTON (JTA) – President Barack Obama said his administration had remained “steadfast” in countering Iranian threats to Israel in the wake of the Iran nuclear deal.

Obama and his secretary of state, John Kerry, in their final week in office, marked the anniversary Monday of the implementation of the deal reached between Iran and six major powers led by the United States exchanging sanctions relief for a nuclear rollback.

In separate statements, they said Iran was complying with the agreement, thus significantly reducing the prospect of an Iran with nuclear weapons. Obama additionally noted that he has stepped up bids to counter Iran’s non-nuclear-related hostility in the region.

“While this deal was intended to address Iran’s nuclear program, we have remained steadfast in opposing Iran’s threats against Israel and our Gulf partners and its support for violent proxies in places like Syria and Yemen,” the president said in his statement. “We continue to be deeply concerned about U.S. citizens unjustly imprisoned in Iran. And our sanctions on Iran for its human rights abuses, its support for terrorist groups, and its ballistic missile program will remain until Iran pursues a new path on those issues.”

Critics of the deal say Iran is pushing the edges of compliance, for instance in exceeding slightly the limits of low-enriched uranium it may produce, and then rolling back under pressure.

Opponents of the deal, chief among them Israeli Prime Minister Benjamin Netanyahu, also say it has empowered Iran, freeing it to continue interventions in conflicts in Syria, Yemen and Iraq, and to back terrorism.

President-elect Donald Trump, in an extensive interview over the weekend with the Times of London and Bild, a German newspaper, again said the deal was “one of the worst deals ever made,” but stopped short of saying he would opt out of it.

Kerry, speaking on CNN, said he doubted the incoming administration would opt out of the deal. He noted that Trump’s nominees for secretary of state, Rex Tillerson, and secretary of defense, Gen. James Mattis, have expressed reservations about walking away from the pact.

“I think to just say we’re going to move away from that is to beg for and invite the possibility of confrontation and conflict,” Kerry said. “And the world will be more dangerous without this agreement. And it is clear I think that reasonable people have come to the conclusion that this agreement has indeed made the region and the world safer because it’s limited if countries march towards a nuclear weapon.”

Kerry also wished Trump, who has said he wants to tackle the Israeli-Palestinian conflict, the best, but he said the incoming administration likely would have to hew to the two-state parameters that have been U.S. policy since 2002.

“I guarantee you the Palestinians are not going to agree to less than a state based on 1967 lines with swaps,” he said. “They’re just not going to do that.”

A number of Republicans, including several in Trump’s inner circle, favor Israel’s settlement policy and have counseled a retreat from the two-state endgame.