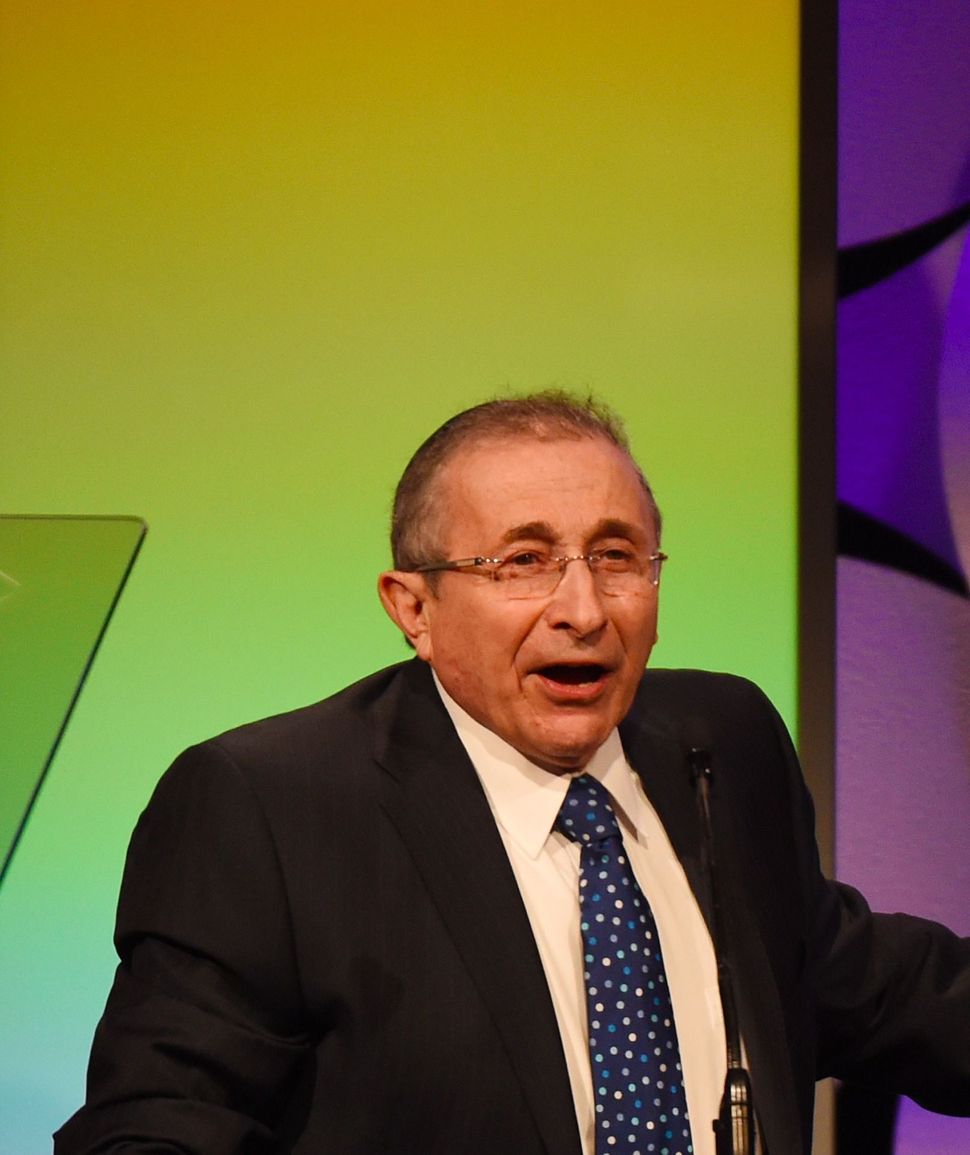 Rabbi Marvin Hier, head of Los Angeles’ Simon Wiesenthal Center, told Haaretz that he accepted the invitation to say a prayer at Donald Trump’s inauguration on Friday in part because refusing it would cause “ill will” toward Jews among the American public.

Hier also criticized Rep. John Lewis and other Democrats who are boycotting the inauguration, saying their gesture “undermines democracy.”

Four days before the inauguration, an unprecedented number of more than 40 Democratic members of Congress have announced they will not attend the inauguration, in protest against Trump’s statements during the election campaign, Russia’s interference in the election on his behalf, and his recent attack on Lewis, a congressman from Georgia.

Among the Congress members boycotting the event are at least two Jews, Jerry Nadler of New York and Steven Cohen of Tennessee, who both announced their intentions on Monday, Martin Luther King Day.

In addition, hundreds of thousands of protesters are expected to take part in demonstrations against Trump, which will culminate in the “Women’s March on Washington” Saturday afternoon. Trump, for his part, tweeted on Tuesday that “people are pouring into Washington in record numbers. Bikers for Trump are on their way. It will be a great Thursday, Friday and Saturday!”

Hier will be one of six clergy participating in the inauguration. The last time a rabbi led a prayer at a presidential inauguration was in 1985, after Ronald Reagan’s second election victory.

In an interview Monday evening, Hier said he received the invitation to attend Trump’s inauguration in late December, and that saying yes to it “was a no-brainer – took me about two seconds.” He explains, “It’s a great honor, but even before that, it’s my duty to attend the event. I was taught by my father that ‘Dereh eretz kadma l’Torah’ [roughly, ‘graciousness is paramount’] – and it would have been rude and unkind to turn down this invitation.

“It’s especially true here in America, a country where Jews have flourished more than in any other Diaspora in the world. Imagine the reaction of the American public if it became known that a presidential committee sent this kind of invitation, and the rabbi refused. That would create ill will. So for me, it wasn’t even a question. And yes, I pray that he will be a great president.”

Hier says his text will be “relevant to the challenges of the 21st century.” He adds that “this country has been very good to me, and to my parents who came here as poor immigrants from Poland in the 1920s. I really see it as an obligation to pray for its success, because America truly is the greatest democracy in the world.”

‘I respect Lewis, but he’s wrong’

As for the growing number of politicians who will boycott the event, Hier says he sees their protest as a mistake. “I know John Lewis and respect him. He is truly an iconic figure. In fact, we just showed a new documentary on his life at the Museum of Tolerance. [Hier is also dean of the Los Angeles-based museum, where the documentary on Lewis, “Get In The Way,” was aired in front of a sold-out crowd on Monday.]

“He has visited the Musuem of Tolerance and we’ve known each other for many years. But I think it’s wrong for him and others to boycott the inauguration. This kind of behavior undermines democracy, and it will bring about a dangerous tit-for-tat, once we go down that pathway.

“The smartest thing to do is to criticize any president, but without hurting principles like the peaceful transfer of power. I was a critic of President Reagan on some issues, I’ve criticized Clinton and Bush and Obama, and I also have some criticism for Trump – I oppose the idea of a Muslim registry, I oppose this talk about deporting 12 million people from our country. But I’ve heard that the Clintons are going to be at the inauguration, perhaps also Jimmy Carter, and of course the Obamas will be there. I think they all understand this is a sacrosanct event, it’s about our democracy.”

Hier says that when it comes to Trump, there’s at least one thing he feels optimistic about: “I’m a big fan of his support for Israel. I hope he brings a change on this front.” The Wiesenthal Center issued a statement last week criticizing outgoing Secretary of State John Kerry for his speech on the Israeli-Palestinian conflict, which was focused on the damage caused by Israel’s settlements in the West Bank. Hier says that “you can talk about settlements, but the main obstacle today to a two-state solution is terrorism, and specifically Hamas’ control of the Gaza Strip.”Hier added that “you need to show tough love to both sides, not just one,” and expressed hope that Trump’s administration will follow this direction.

Last month, Haaretz reported that the Wiesethal Center received $35,000 in donations from the family of Jared Kushner, Trump’s son-in-law who is expected to become a senior adviser to the new president. Hier said, “I know the Kushners, they give to many Jewish causes, but to say that my invitation to pray at the ceremony had anything to do with that, is just speculation. I have no idea why I was chosen, but I’m happy to do it.”

Asked if he knew the President-elect, Hier replied, “I haven’t met him, but I do know that he and the incoming First Lady visited our museum in December 1999, because he signed the guest book. I was away on the day he visited.”