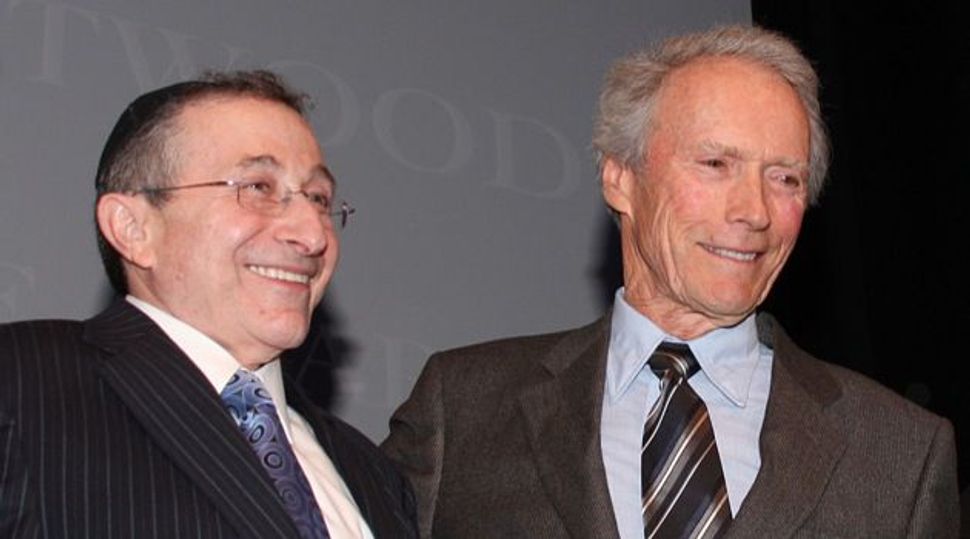 When my children were growing up – from elementary school through high school – my wife and I frequently took them to Los Angeles’s Museum of Tolerance. I’ve also taken friends to this wonderful institution, which I consider an essential stop for out-of-town visitors.

Although its roots are based in educating people about the causes and consequences of the Nazi Holocaust, its exhibits and programs have a much wider sweep. The museum’s mission, according to its website, is to “confront all forms of prejudice and discrimination in our world today,” to “prevent hatred and genocide from occurring to any group now and in the future,” and to promote “society’s quest to live peacefully together.”

So I was shocked and outraged to learn that Rabbi Marvin Hier, the museum’s founder and current dean, will be delivering a prayer at Donald Trump’s inauguration.

It isn’t hard to see the irony. Before, during and since his campaign for president, Trump has been a voice for bigotry, hatred and intolerance. He’s directed insults at Mexicans, Muslims, African Americans, women, the physically disabled and Jews. He has retweeted messages from white supremacists. His incendiary comments were not offhand remarks but a core and frequently repeated part of his campaign rhetoric.

It would be nice to believe that Hier will use the occasion to condemn Trump’s bigotry. Doing so would be in sync with the wise words of the great theologian Rabbi Abraham Joshua Heschel: “Prayer is meaningless unless it is subversive, unless it seeks to overthrow and to ruin the pyramids of callousness, hatred, opportunism, falsehood.”

Many Americans will mistakenly view Hier, one of six clergy who will speak at the inauguration, as representing the American Jewish community, even though only 24% of Jews voted for Trump. Inviting Hier to bless his inauguration was a smart public relations move on Trump’s part, another example of his genius at branding. From now on, whether he likes it or not, Hier will be known as “Trump’s rabbi.”

He might not mind the association. After all, to build the Museum of Tolerance and its parent organization, the Simon Wiesenthal Center, Hier has developed close ties to wealthy donors and politicians from both parties. Indeed, his museum received at least $35,000 in donations from the family of Trump’s son-in-law, Jared Kushner. Hier and Trump have something else in common: putting family members on the payroll. In addition to his own $827,408 salary, Hier’s wife, Marlene Hier, earns $440,603 as the director of membership development, and his sons Alan and Aron Hier are also on the Wiesenthal Center staff. A report by the Forward called Hier “by far the most overpaid CEO” of any major Jewish not-for-profit organization.

Last summer, Rabbi Haskel Lookstein – the rabbi who converted Trump’s daughter Ivanka Trump to Judaism and who leads her synagogue in New York – backed out of giving the invocation at the Republican convention, bowing to pressure from Orthodox Jews who believed his presence would legitimize Trump.

Now, however, Trump isn’t just a candidate but also the next president, although one who will take office with the lowest favorability rating of any incoming commander-in-chief. Simply by appearing at the ceremony, Hier will be giving Trump the legitimacy he craves and normalizing the bigotry he espouses.

Hier surely knows that the hate, stereotypes and insults that Trump has been spewing violate basic tenets of Jewish law, tradition and values, including the demand that people treat “strangers” with respect and dignity. Hier should urge Trump to follow the wisdom of the prophets — “to do justice, love mercy, and walk humbly” — rather than focus primarily on the pursuit of profits.

And if there is any lesson to be learned from Jewish history, it is the admonition against scapegoating – blaming innocent people or entire groups for one’s own or others’ suffering. Trump, however, has made scapegoating a core part of his rhetorical arsenal.

Hier cannot be unaware of the Trump campaign’s persistent anti-Semitism. Trump verbalized it, enabled it, tolerated it and made excuses for it. What he never did was denounce it.

On January 20, Hier will have the biggest audience of his career, speaking not only to the inaugural crowd in Washington, D.C., but also to tens of millions of Americans and millions more around the world watching the ceremony on television. If he is truly a crusader for tolerance, he will use this opportunity to remind viewers of Trump’s ugly campaign of bigotry, call on him to end his vicious rhetoric of hate, and remind him that as the most powerful person in the world, he has a responsibility to heal, not exploit, our nation’s divisions – to build bridges, not walls.

Peter Dreier is professor of politics at Occidental College. His most recent book is “The 100 Greatest Americans of the 20th Century: A Social Justice Hall of Fame” (Nation Books, 2012).