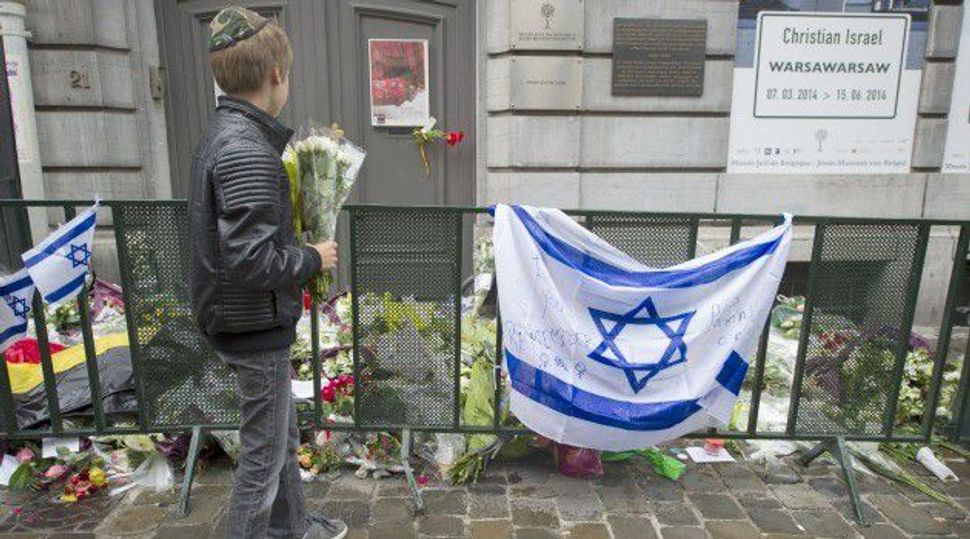 (JTA) – The absence of a European Union definition for anti-Semitism is an “absurd” situation that needs correcting, which also would honor Holocaust victims, the president of the European Jewish Congress told European lawmakers.

During his address Wednesday at the European Parliament ahead of International Holocaust Remembrance Day, EJC president Moshe Kantor referenced the 2013 removal from the website of the E.U.’s anti-racism agency of a “working definition” of anti-Semitism. Pro-Palestinian activists opposed it because it also mentioned the demonization of Israel as an example of the phenomenon.

Following the removal, which Jewish groups said was harming the credibility of Brussels’ vows to curb rising anti-Semitism, some E.U. officials distanced themselves from that text altogether, claiming it was never adopted, whereas others rejected claims the European Union even needs a definition for the phenomenon.

Kantor in his European Parliament speech Wednesday argued that: “Currently, in most of Europe, we have an absurd situation whereby anti-Semitism, unlike any other form of racism, is defined by the perpetrator and not the victim, as it should be.” He added: “While some are trying to dampen or criticize the definition, let me make it clear that the only people who should be worried about the legalizing of this definition are anti-Semites.”

Kantor said the European Union needed to follow the example of the United Kingdom, which last year officially adopted a definition similar to the one previously dropped by the European Union. The definition adopted by London also was adopted earlier last year by the Berlin-based International Holocaust Remembrance Alliance, partially as a response to the 2013 removal of the E.U. definition.

Manifestations of anti-Semitism, the new definition reads, “might include the targeting of the State of Israel, conceived as a Jewish collectivity,” though “criticism of Israel similar to that leveled against any other country cannot be regarded as anti-Semitic.”

“I urge all European governments to follow the British Government’s lead and adopt this definition,” Kantor said. “The reason this is so essential is because for the first time it tells anti-Semites, your words and actions are illegal.”

Doing so is “the best way for European leaders to commemorate the Holocaust,” Kantor added, “instead of just by talking about the past but by re-committing themselves to a safe future.”

In the harsh-toned speech, Kantor also said: “We have been loyal to you. We fought in your armies, we helped create new technologies to make our lives better and contributed to culture and society way above what our numbers should dictate. We ask you to show us the same loyalty and determination.”

“As we remember, we pledge to never forget all victims and never allow such destruction to occur again. The pledge ‘never again’ must not be a passive gesture,” Tajani said, at one of his first official events in his new position.