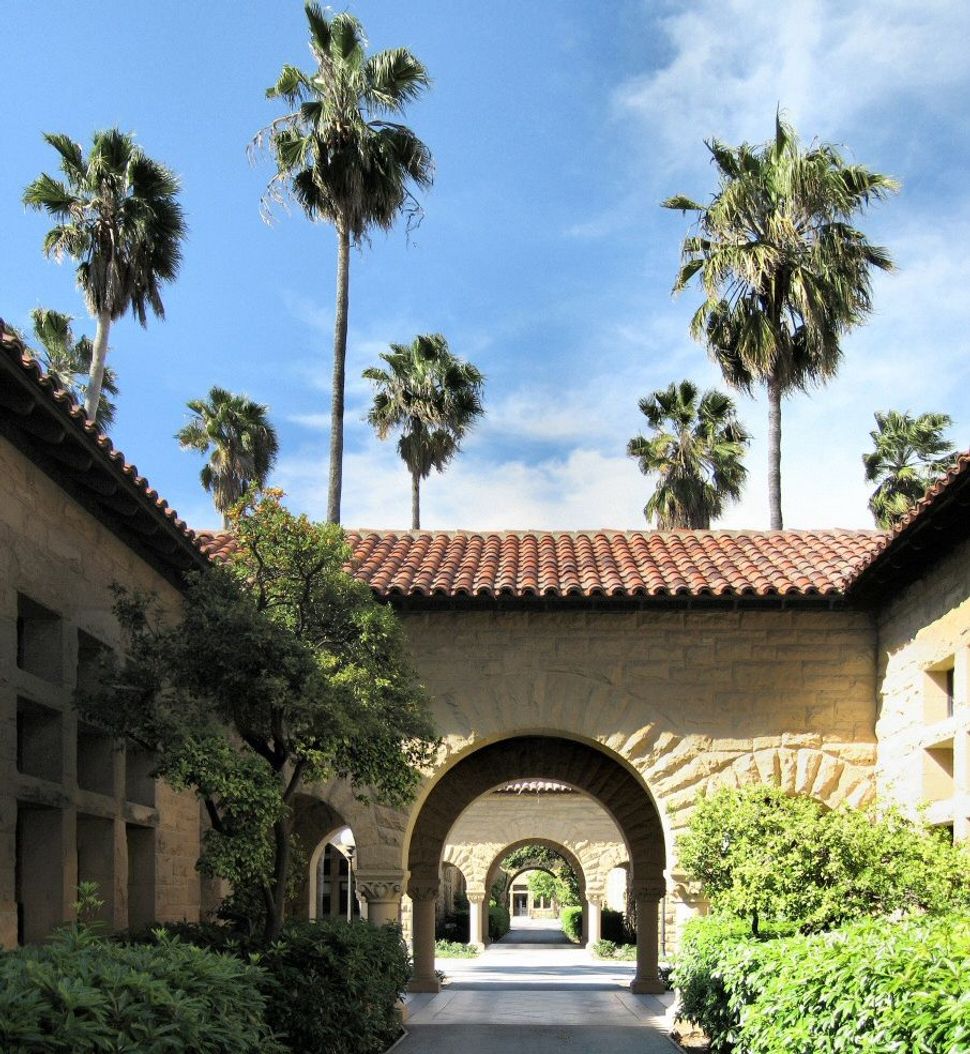 (JTA) — Swastikas were discovered last weekend at Stanford University, less than a month after another rash of swastikas and anti-Semitic graffiti was found around campus.

“Several”  swastikas were found on the buildings of the university graduate housing, known as Escondido Village, the Stanford Daily reported.

The Stanford University Department of Public Safety has been working on the case in cooperation with the Palo Alto police but has not yet named any suspects, the student daily newspaper reported.

At the end of December during the university’s winter break, swastikas with inverted arms were drawn on campus buildings and signs and on buildings in Palo Alto, where the university is located, accompanied by phrases such as “No Jews allowed,” the Mercury News reported earlier this month.

“The symbols are not technically swastikas,” Stanford Police Chief Laura Wilson said in a statement issued in early January. “However, due to the similarity of the symbols to a swastika and the perception by witnesses that the symbols were intended to represent an object commonly associated with hate-based violence, the police are investigating the vandalism as a possible hate crime.”

Last week, printers in offices around the Stanford campus produced anti-Semitic fliers in a suspected hacking attempt. It is not believed to be related to the swastika incidents.

As part of comments on “immigration issues” at a January 26 Faculty Senate meeting,

Stanford President Marc Tessier-Lavigne addressed the issue of the swastikas.

“I can say that in addition to our Jewish community, we know that other communities within Stanford are feeling very concerned and vulnerable,” Tessier-Lavigne said.

“This is a time where we need to again reaffirm our values. We value free expression, but acts of hate are unacceptable here. All members of our community belong here at Stanford, and we are here to support them,” he said, adding: “We will continue to monitor this very closely, of course.”

He also said that the university supports its undocumented students and students from countries on the entry ban list, and that the university  is “looking at who in our community may be impacted by this, in terms of their ability to return to the U.S. if they leave, and reaching out to members of our community who may be traveling in affected countries or considering travel there. So that’s in progress.