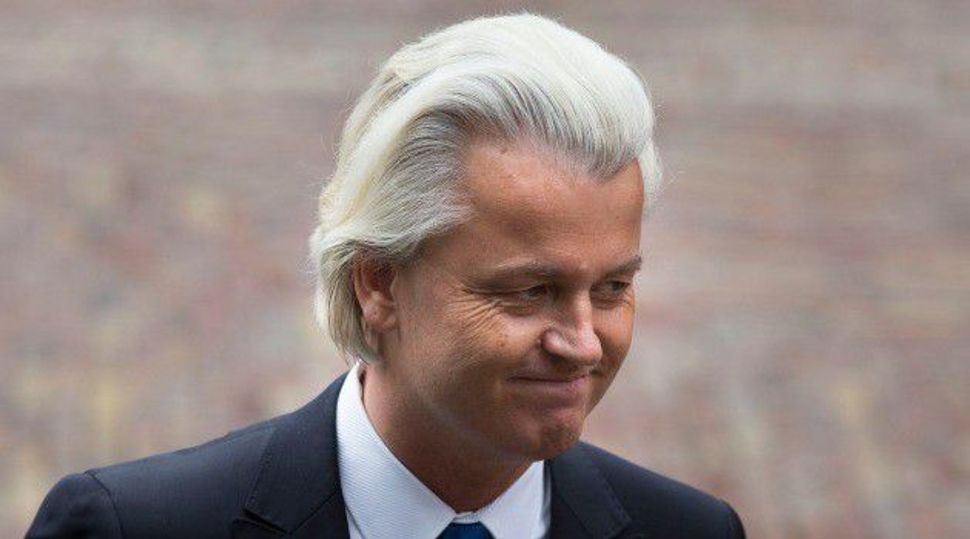 Wilders, whose rightist Party for Freedom has been leading in five major polls conducted this month ahead of the March general elections, on Sunday made the assertion about President Donald Trump’s 90-day suspension of allowing in most travelers from seven predominantly-Muslim countries, including Iran.

Posting on Twitter a screen image of a table from Wikipedia on 16 countries that allegedly do not allow in holders of Israeli passports, Wilders wrote: “So where were the protests and demonstrations of the left? #hypocrisy.”

So where were the protests and demonstrations of the left? #hypocrisy pic.twitter.com/sBzDuukz9D

Of the 16 countries listed — all of them predominantly-Muslim — 11 are Arab states. Of those, six are countries classified by Israel as enemy states where citizens of the Jewish State are legally prohibited from entering according to Israeli law. Israel does not exclude granting a visa to any applicants solely on the basis of their nationality, according to its Ministry of Foreign Affairs.

Wilders, who in his youth lived for two years on an Israeli moshav in the Jordan Valley, has called Israel “a place where I feel home” and said it was “close to his heart.” He also has called Israel a “canary in the coalmine” and “the West’s first line of defense against Islam,” during his many visits to the Jewish state. He has repeatedly said he argues for “Judeo-Christian values,” which he said are threatened by Islam in the Netherlands and elsewhere.

Last month a Dutch court convicted Wilders of incitement to discrimination for promising during a speech three years ago to make sure the Netherlands has fewer Moroccans. Wilders was acquitted in 2011 of hate-incitement charges in connection with a short video in which he inveighed against Islam, a religion he has called “evil and fascist.”

Though it has the support of some Dutch Jews, the Party for Freedom has angered many of them with its support of a ban on ritual slaughter and for teaming up with other far-right groups, including France’s National Front.