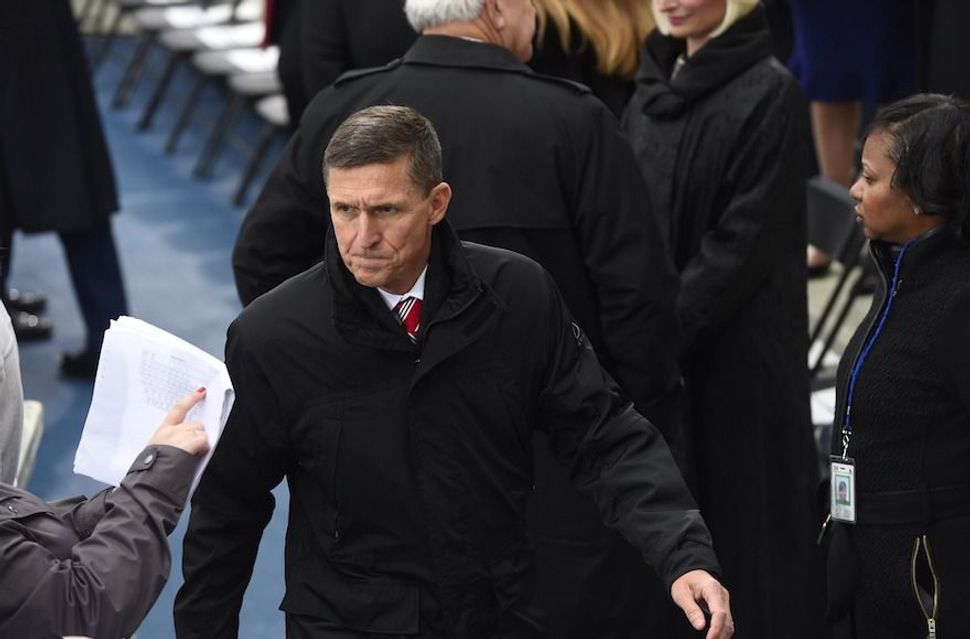 WASHINGTON (JTA) – The Trump administration put Iran “on notice” after it tested a ballistic missile, signaling it would reassess the Iran nuclear deal.

The statement Wednesday by Michael Flynn, the national security adviser, did not elaborate what it meant by “on notice,” but it excoriated the Obama administration for the deal it reached with Iran in 2015.

“President Trump has severely criticized the various agreements reached between Iran and the Obama Administration, as well as the United Nations, as being weak and ineffective,” the statement said.

Trump on multiple occasions has criticized the deal between Iran and six major powers trading sanctions relief for a nuclear rollback, but he has not said he will pull out, and his secretary of defense, James Mattis, has said that would not be wise.

Israeli Prime Minister Benjamin Netanyahu favors a U.S. pullout from the deal and will make that case when he meets Trump in Washington, D.C., on Feb. 15.

The statement also said that the Obama administration did not adequately police Iran.

“Recent Iranian actions, including a provocative ballistic missile launch and an attack against a Saudi naval vessel conducted by Iran-supported Houthi militants, underscore what should have been clear to the international community all along about Iran’s destabilizing behavior across the Middle East,” Flynn said.

“The Obama Administration failed to respond adequately to Tehran’s malign actions — including weapons transfers, support for terrorism, and other violations of international norms,” Flynn said. “The Trump Administration condemns such actions by Iran that undermine security, prosperity, and stability throughout and beyond the Middle East and place American lives at risk.”

Iran denies that the missile test directly violated the deal, which is confined to limiting nuclear enrichment.

Republicans in the U.S. House of Representatives and Senate have introduced legislation that would intensify existing sanctions against Iran, with a focus on Iran’s ballistic missile development.

The bills introduced Wednesday by Republicans in the House and last week in the Senate, known as the Iran Non-Nuclear Sanctions Act, are likely a bid to give Trump leeway as he considers whether and how to pull out of the deal.

Much of the focus is on missile testing, but there appear to be overlaps with sanctions that have been removed under the nuclear deal, including sanctions that cut off Iran and those dealing with Iran from the U.S. financial system.

Democrats would likely oppose the new legislation as a backdoor means of scuttling the nuclear deal.

Separately, the Senate confirmed Exxon executive Rex Tillerson as secretary of state on Wednesday in a relatively narrow 56-43 vote.

Tillerson, like Mattis, has expressed skepticism of the Iran deal and has said it should be reassessed, but has stopped short of calling for it to be abandoned.