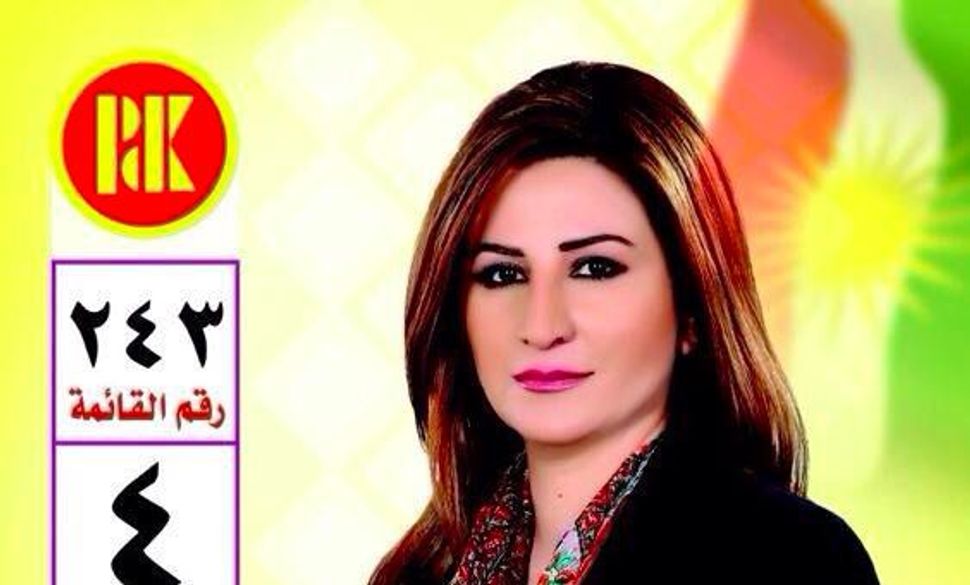 (JTA) — Yazidi leader Vian Dakhil was given an exception from the State Department from the Trump administration’s travel ban and will be allowed to travel to the United States to receive a prize named for Tom Lantos, the only Holocaust survivor to serve in Congress.

Dakhil, a member of the Iraqi parliament who has led the effort to raise awareness of the mass killings of her people at the hands of the Islamic State terrorist group also known as ISIS, is slated to receive the prize Feb. 8 in the U.S. Capitol.

A federal judge in Seattle on Friday issued a temporary nationwide restraining order which immediately halted Trump’s immigration order and travel ban. Early on Sunday, a U.S. Court of Appeals for the 9th Circuit in San Francisco denied a request by the U.S. Department of Justice to restore the travel ban.

Lantos was a prominent advocate for human rights during his nearly three decades in office.

Katrina Lantos Swett, the daughter of the late Democratic congressman from California, serves as president of the Lantos Foundation, which confers the Lantos Human Rights Prize. She said last week in a statement: “My father, the late Tom Lantos, came to this country as a penniless immigrant and went on to become the only Holocaust survivor ever to serve in Congress. When we deny entry to all citizens of Muslim majority countries, we disrespect our fundamental American values – indeed, the values that truly make America great. When we have to question whether a hero like Vian Dakhil, who has risked her life to fight the genocidal terrorists of ISIS, will be allowed into our country to receive a human rights prize in the shadow of the Capitol dome, we should all be deeply concerned.”

Prior recipients of the prize named for him include the late Israeli President Shimon Peres; Hillary Clinton, the former secretary of state who lost to Trump in the 2016 presidential election; the Dalai Lama; and Elie Wiesel, the late Holocaust memoirist and Nobel Peace Prize laureate.