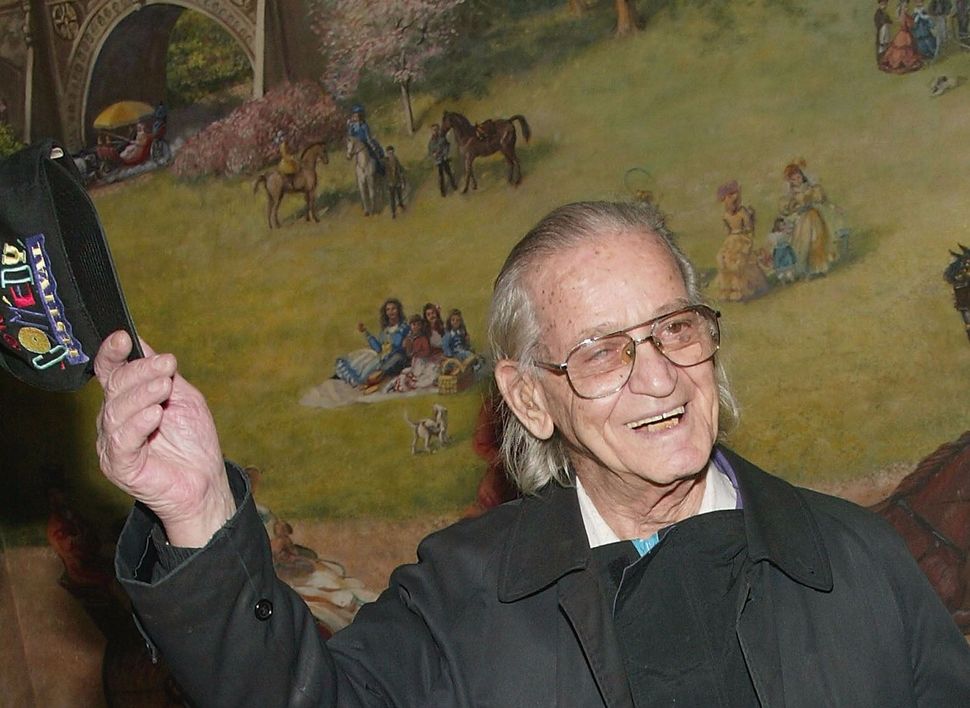 Corey died at his Manhattan townhouse on Monday, the comedian’s daughter-in-law Lien Corey said by phone. His son, Richard, was by his side.

With his shtick of a loony academic, Corey’s onslaught of comedic non sequiturs was augmented by his unique look – a shock of crazy hair, a tuxedo jacket with black tails, a string tie and high-top sneakers.

On July 29, 2014, Corey observed his 100th birthday with 200 people at a party in New York. He marked the occasion by reciting a flatulence-themed limerick and said he felt like a 99-year-old.

Corey developed his professorial persona in the 1940s. Over the next few decades, he became a regular in comedy clubs and on TV shows hosted by Johnny Carson, David Letterman, Steve Allen, Jack Paar, Dick Cavett, Merv Griffin and others.

As part of the act, Corey would disregard time limits for his routine, prompting stagehands to chase him as he escaped into the audience. His performance seemed inspired by the double-talk and cleverness of Groucho Marx, a star when Corey was breaking into show business.

Corey also was a character actor who appeared in Broadway shows and the occasional movie, including director Woody Allen’s “The Curse of the Jade Scorpion” in 2001 and the 1996 comedy “I’m Not Rappaport,” starring Walter Matthau and Ossie Davis.

In a 2008 New York Times profile headlined “A Distinguished Professor with a Ph.D. in Nonsense,” Corey was asked to reveal the meaning of life. His response epitomized his comic style.

“One of the things that you’ve got to understand is that we’ve got to develop a continuity in order to relate to exacerbate those whose curiosity has not been defended, yet the information given can no longer be used as allegoric because the defendant does not use the evidence which can be substantiated by,” he told the Times before asking, “What was the question?”

Corey was also known for his real-life left-wing political views. On the wall of his New York City home hung a photograph of him embracing Cuban communist leader Fidel Castro during a visit to donate medicine for Cuban children.

He jested that his views were too radical even for the communists: “When I tried to join the Communist Party, they called me an anarchist.”

In old age, Corey was something of a curiosity to his neighbors in Manhattan. In his late 90s, he would totter into traffic at a red light on East 35th Street and ask drivers for change. He did not need the money for himself but donated it to a medical charity in Cuba.

Corey was born on July 29, 1914, in the New York borough of Brooklyn. He said his financially strapped parents put him in the Brooklyn Hebrew Orphan Asylum as a young boy, and he picked up comedy to try to cheer up other children there.—Reuters