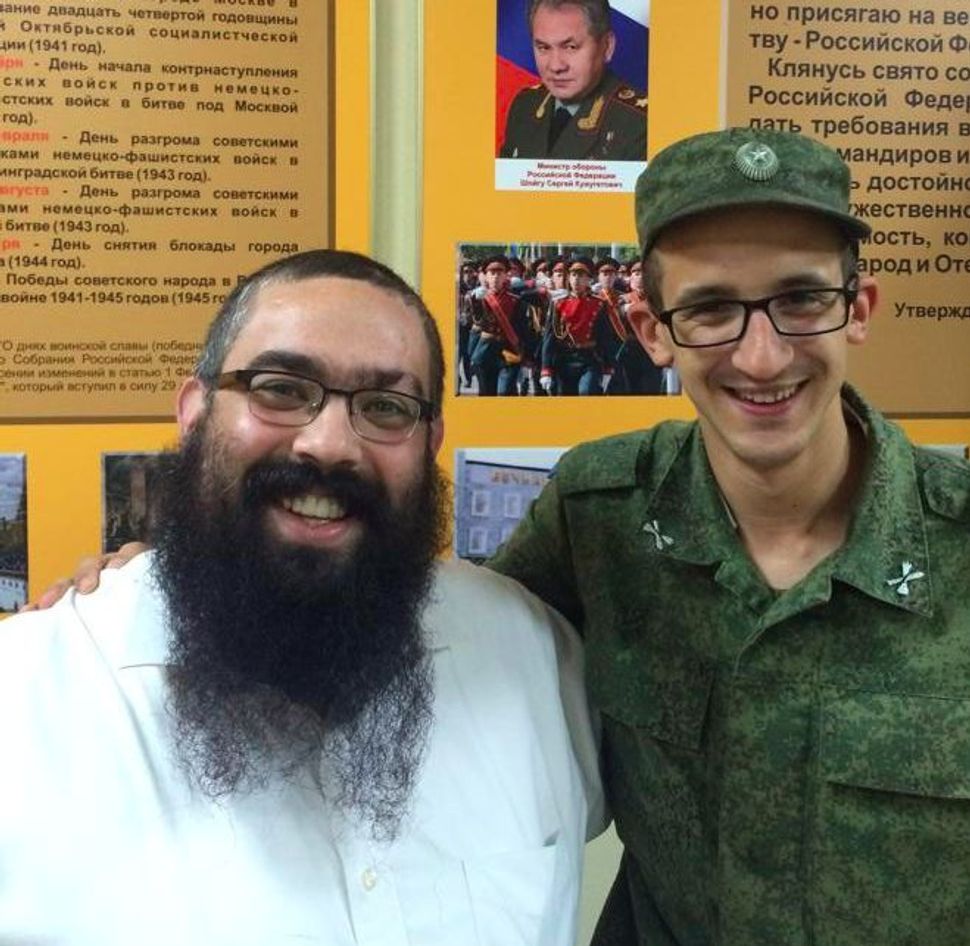 (JTA) — An American rabbi who has worked for the Chabad movement in Russia since 2002 said he and his family are facing deportation under a provision dealing with threats to national security.

Ari Edelkopf, a father of seven who grew up in the United States and lived in Israel before settling in the Black Sea resort city of Sochi as Chabad’s envoy there, wrote on Facebook on Sunday that he was informed of the decision without receiving further information on specific allegations.

Amid a crackdown in Russia on organizations with foreign funding, Edelkopf’s staying permit was revoked in December, according to Interfax. He lost an appeal at the regional court, forcing him to leave Russia by Feb. 11. He has denied any involvement in political issues or crimes.

The Chabad-affiliated Federation of Jewish Communities of Russia condemned the move. Boruch Gorin, a spokesperson for the federation, said it was “far from an isolated incident” during an interview with AFP. He added that at least seven rabbis have been forced to leave Russia in recent years for alleged immigration violations.

Gorin said this was “an attempt to establish control” on Jewish communities in Russia, which he said are serviced by some 70 rabbis, of whom half are foreign.

Separately, police arrested in Moscow the civil rights activist Mark Galperin on Tuesday morning on charges that he incited to extremism, the Kommersant daily reported. Galperin, who is Jewish, is accused of organizing unlicensed protest activities.

The Federation of Jewish Communities of Russia and other Jewish groups  have praised the government of Russian President Vladimir Putin, which critics accuse of fomenting xenophobia against Muslims and gays, for combatting anti-Semitism and restituting Jewish property. At the same time, the Federation of Jewish Communities of Russia has criticized expressions of anti-Semitism by officials, including from Putin’s party, and steps perceived as anti-democratic.

Last year, a court in the city of Cherepovets 250 miles north of Moscow scrapped the association known as The Jewish Community of Cherepovets from the national register of nonprofit organizations, citing its repeated failures to file the financial activity reports required by law of such groups, the Interfax news agency reported.

The Federation of Jewish Communities of Russia said this was due to a technical issue, adding the community did not meet legal requirements expected of nongovernmental associations.

The previous year, Russia’s Justice Ministry placed a Jewish cultural association with ties to the American Jewish Joint Distribution Committee on its list of nongovernmental organizations defined as “foreign agents.”

The Hesed-Tshuva group, which is based in the city of Ryazan located 120 miles south of Moscow, was placed on the list on Sept. 11, 2015.