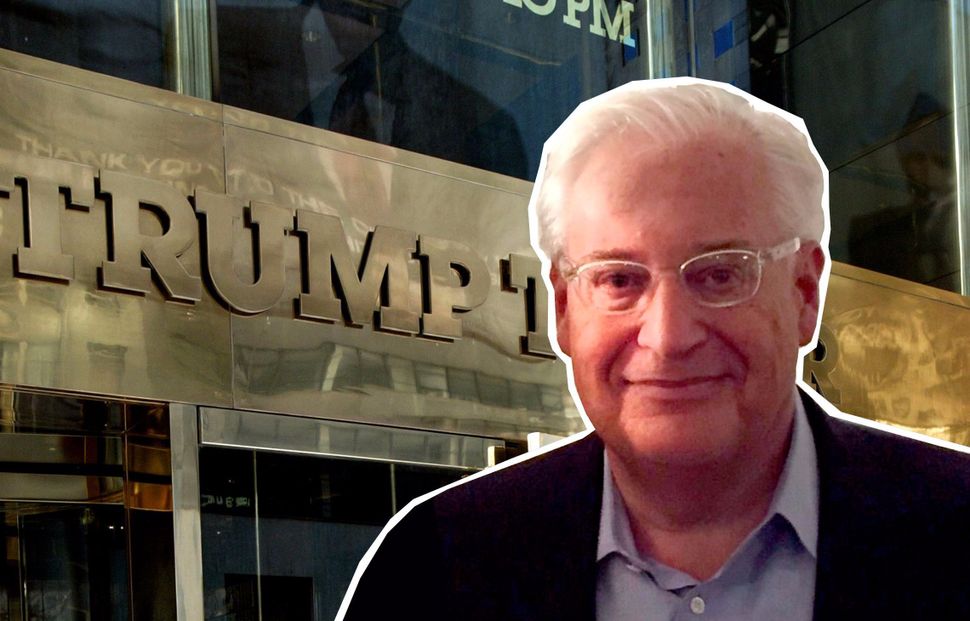 (JTA) — J Street is stepping up its campaign to block David Friedman, President Donald Trump’s pick to serve as U.S. ambassador to Israel, as the Senate Foreign Relations Committee announced it will hold a confirmation hearing this week.

The committee announced on Saturday that the hearing is set for Feb. 16, a day after Trump meets with Israeli Prime Minister Benjamin Netanyahu at the White House.

Should the committee cooperate on his nomination, Friedman could be approved by the full Senate within several days.

The nomination of Friedman, a bankruptcy expert and longtime Trump attorney, was announced by the Trump transition team in December. Friedman has expressed support for and funded construction in Israeli settlements.

Some of his controversial statements — including slamming backers of the liberal Israel advocacy group J Street as “far worse than kapos” and charging President Barack Obama with “blatant anti-Semitism” — have sparked outrage from liberal groups.

J Street has called on its supporters to contact their senators and encourage them to oppose Friedman’s nomination, as well as to tweet and post in other social media against him.