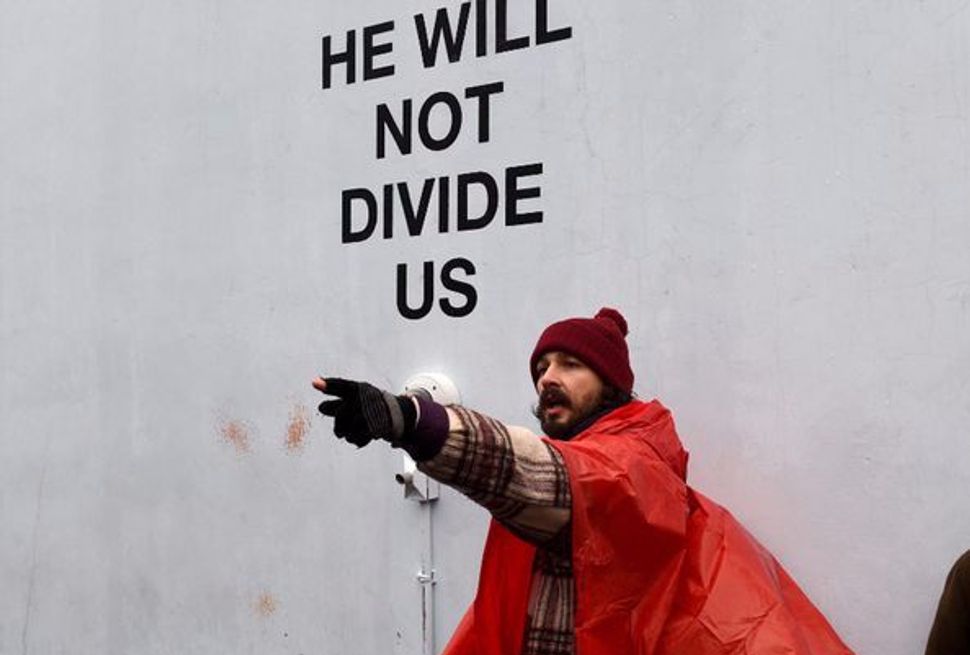 (JTA) — The “He Will Not Divide Us” performance art project which protests Donald Trump’s presidency has been closed by New York City’s Museum of the Moving Image.

The project, spearheaded by Jewish actor Shia LaBeouf, encouraged members of the public to stand in front of a camera outside of the museum and recite the phrase “he will not divide us.” The protest, which began on the day of Trump’s inauguration, was a public art project slated to continue throughout Donald Trump’s presidency.

The museum said on Friday that it shut down the project because it had become “a flashpoint for violence and was disrupted from its original intent.”

LaBeouf was arrested and later released in New York City in late January after allegedly getting into an altercation with an onlooker who defended Hitler.

The project said in a tweet that “The #HeWillNotDivideUs camera has been shut down by the museum. Due to many pro trump and others harassing people there and causing chaos.” Another tweet said: “The museum may have abandoned us and kicked us out but IT’S NOT OVER.”