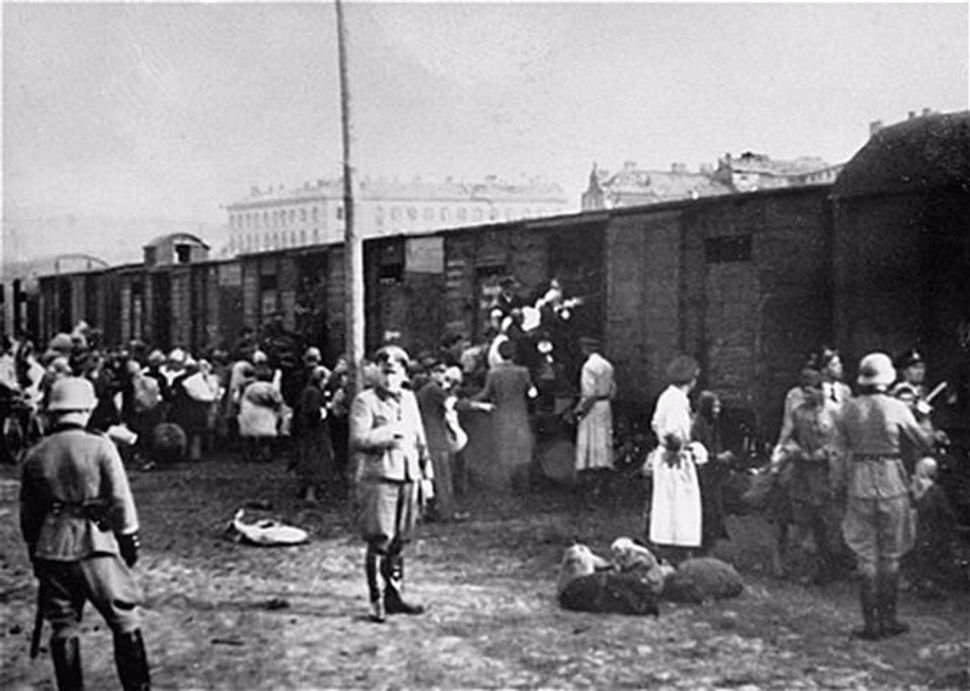 (JTA) — Austria’s chancellor praised workers of his country’s railway company for what he called their outsize resistance to Nazism during the Holocaust.

Christian Kern’s praise for the partisans of the Austrian federal railways, or BBO, appeared in a statement he penned for an exhibition about the firm’s role during the Holocaust that opened last month at the University of Tel Aviv. He wrote the text while serving as the chairman of the railway board for two years until 2016.

BBO employees “were directly involved” in deportations “and thus contributed to the Holocaust,” he wrote, but “substantial numbers of railway men” were “involved in resistance against National Socialism” despite “overwhelming political investigation and surveillance.”

The exhibition, which was sponsored by the OBB, successor to the BBO, opened in Israel for the first time last month, featuring original Nazi documents attesting to the relative prevalence of resistance among Austrian railway workers in comparison with their German ones.

One report from 1941 by the Reich Security Headquarters stated that the Austrian railway company, which in 1938 was integrated into the German one, “played a relatively major role with respect to acts of criminal sabotage since 1939, since it was here that foreign intelligence services and Austrian resistance groups had been able to set up sabotage organizations.”

These little-known documents are significant to some Austrians because they seem to contradict a widely held perception in Austria and beyond that Austrian authorities eagerly integrated into Germany after the country’s annexation in 1938.

In a statement about the exhibition, which is titled “The Suppressed Years — Railway and National Socialism in Austria 1938-1945,” Oskar Deutsch, president of the Jewish Community in Vienna, stressed that the BBO had a “central role” in “the tragedy of the Shoah,” Hebrew for Holocaust, including “the deportations to the ghettoes and death camps.”

But, he added, “there was also continuous and organized resistance, consisting of different groupings of railway servants against the Nazi dictatorship.”

By 1948, more than 29,300 BBO railway employees were found not guilty of any crime and 6,590 were found guilty of carrying out illegal orders.