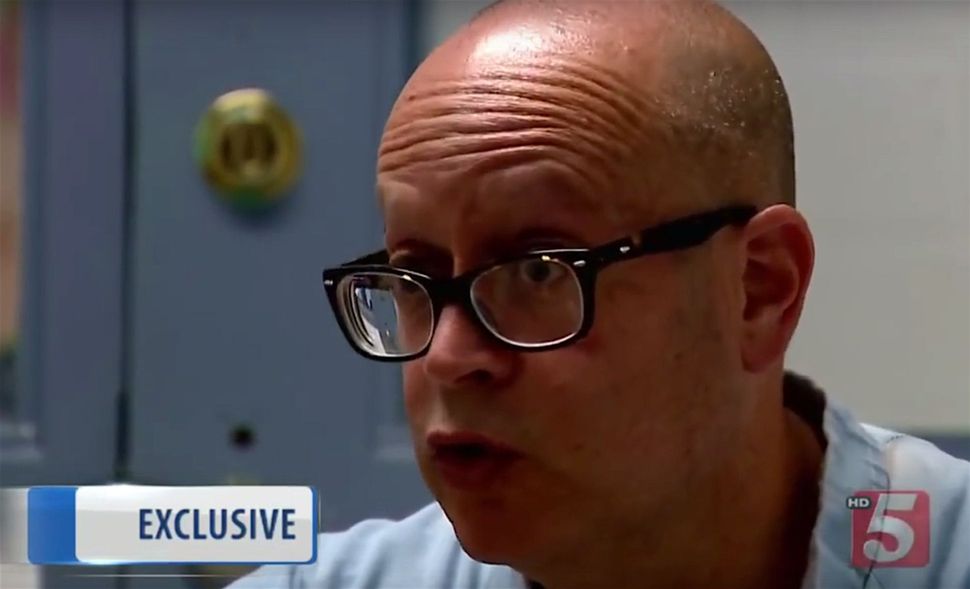 (JTA) — A prison inmate in Tennessee filed an over 200-page lawsuit alleging that the prison system is trying to force him to break the Jewish laws of kashrut by providing him with substandard kosher meals.

Perry March, who has served 10 years of a 56-year sentence for the 1996 murder of his wife (though the body has never been found) and a plot to murder her parents, filed the lawsuit earlier this month against the Tennessee Department of Correction and Aramark food service in Nashville federal court, the Tennessean reported.

March, who is Jewish and is an attorney representing himself, said that prison service and the food service are deliberately discriminating against him by providing meals that are not nutritious and do not adhere to the Jewish laws regulating diet and preparation of food, according to the newspaper.

He said the soy meals being served to him are of a poor quality and that he is being offered a kosher diet plan with far fewer entree options than standard meal plans.

He blames the poor kosher options on cost cutting and “corporate greed.” March also accuses the prison system of anti-Semitism.