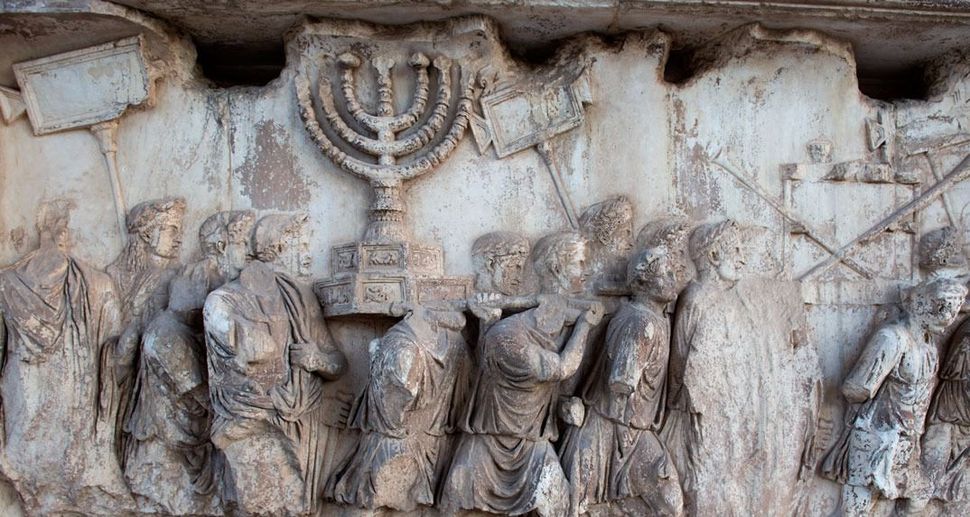 The May 15-July 23 exhibition, which Vatican and Jewish officials presented on Monday, will be held simultaneously in St. Peter’s Square and in the Rome synagogue complex.

It will include about 130 menorah or depictions of them in paintings, ancient gravestones and sculptures, and medieval and Renaissance illustrations and manuscripts.

Nearly 20 world museums, including the Louvre and London’s National Gallery, have contributed pieces.

“It will be significant from both the religious as well as the historical aspects,” said Barbara Jatta, who last month became the first woman to head the Vatican Museums.

But the absolute star of the show – the solid gold menorah taken as a trophy by the Romans when they destroyed the temple in Jerusalem in the year 70 AD, won’t be there. Its fate has been a mystery for 1,500 years and the temple vessel has become the stuff of legends.

Jerusalem and its temple was destroyed by Titus, a Roman general who became emperor nine years later. A relief on his victory arch in Rome, which still stands, shows the Jerusalem menorah and other war trophies being carried in a parade.

Most historians believe the Jerusalem menorah was lost in the Vandal’s Sack of Rome in 455. But legends have persisted that it was thrown in the Tiber River and is still there, that it was buried in a cave or that it is hidden in the Vatican.

“A lot of people will be disappointed to discover that these urban legends are not true,” said Rome’s chief Rabbi Ricardo Di Segni.

However, the exhibition will contain what may be the next best thing – the Magdala Stone. It was found in 2009 in an archaeological dig that uncovered an ancient synagogue on the shores of the Sea of Galilee in Israel.

It shows a seven-branched menorah, similar to the one depicted on the Arch of Titus in Rome, and is believed to have been carved by an artist who saw the missing Jerusalem menorah in the temple before the Roman’s destroyed it.

Catholic and Jewish officials said the exhibition, called Menorah – Cult, History and Myth, was another sign of radically improved inter-religious relations since 1965, when the Second Vatican Council repudiated the concept of collective Jewish guilt for the death of Jesus.