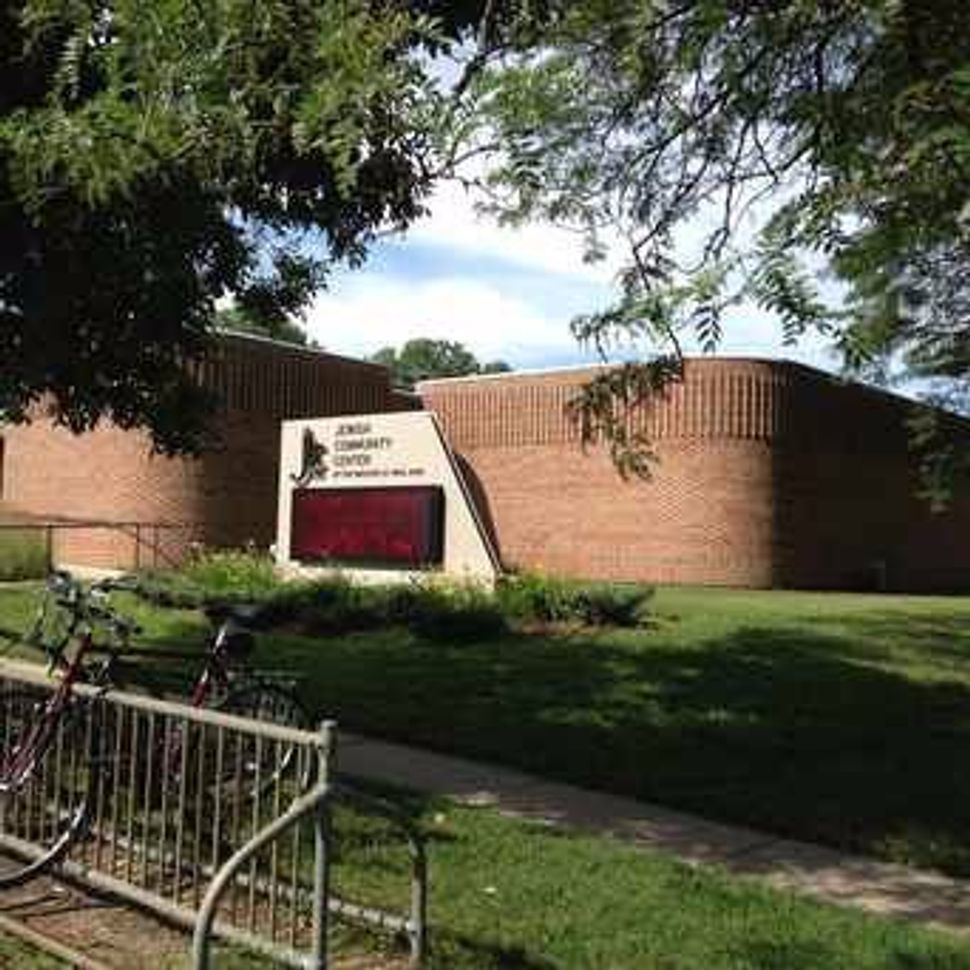 (JTA) — Jewish groups called on President Donald Trump to condemn the wave of bomb threats against Jewish Community Centers across the country, and to speak out against anti-Semitism.

Anti-Defamation League CEO Jonathan A. Greenblatt applauded a tweet by First Daughter Ivanka Trump in which she called for the protection of Jewish institutions and used the hashtag #JCC, and called on her father to do the same.

“Glad to see this. All Jews need to urge @POTUS to step forward & share a plan. His words carry weight. His actions will speak even louder,” Greenblatt’s tweet said.

Glad to see this. All Jews need to urge @POTUS to step forward & share a plan. His words carry weight. His actions will speak even louder. https://t.co/uAgh1R1pA7

America is a nation built on the principle of religious tolerance. We must protect our houses of worship & religious centers. #JCC

In a statement issued from the ADL in the wake of Monday’s bomb threats on JCCs in 10 cities Greenblatt said without mentioning Trump by name: “We look to our political leaders at all levels to speak out against such threats directed against Jewish institutions, to make it clear that such actions are unacceptable, and to pledge that they will work with law enforcement officials to ensure that those responsible will be apprehended and punished to the full extent of the law.”

In an open letter to President Donald Trump posted on the American Jewish Committee’s website and published in the Huffington Post and Times of Israel news websites, AJC CEO David Harris  and Publications Director Lawrence Grossman called on Trump to “condemn what has often been called ‘the oldest hatred’ — anti-Semitism — and unleash the power of government to match deeds with words.”

They also said: “President Trump, you are a real estate developer from one of the most cosmopolitan cities in the world, and, as you like to say, the least anti-Semitic person around. Again, you proudly speak of the Jewish members of your immediate family. Yet, until now at least, you won’t comment on the threats that ultimately menace them every bit as much as the rest of us.”

“Isn’t it time that you speak up, loud and clear, including against those who may have totally misconstrued your call to “make America great again” and put “America First” as invitations to turn against one another?”

Mort Klein, president of the Zionist Organization of America, who has been a continuous supporter of the president, told the Israeli daily Haaretz in an article published early on Tuesday that Trump should issue a statement denouncing the threats.

“President Trump should come out as soon as possible against these phone threats and make it clear that we in America will not tolerate this kind of disgraceful hatred toward Jews,” said Klein in an interview from Israel, where he is participating a meeting of the Conference of Presidents of Major American Jewish Organizations.

World Jewish Congress President Ronald Lauder called on elected officials at all levels to speak out against the anti-Semitic incidents such as the bomb threats, in a statement issued hours after they were made public.

“We sincerely hope that there will be a strong and decisive reaction by the authorities at all political levels to combat it. This is not merely a problem for the Jewish community, it’s a problem for America as a whole,” Lauder said. “It is equally important that political leaders in Washington and on the state and local levels speak out and condemn such vile acts. I know that President Trump and his administration will take all necessary steps on the federal level to address this problem,” he added.