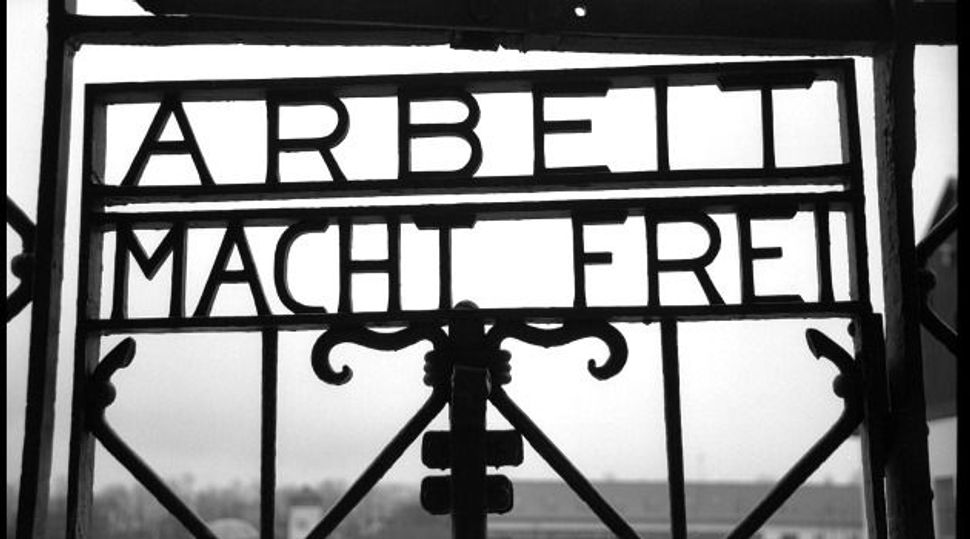 (JTA) — The iron gate of the Dachau Nazi camp, which bears the message “Arbeit macht frei,” or “Work sets you free,” was returned to the site after being stolen more than two years ago.

At a ceremony Wednesday, the gate was welcomed back to Dachau, where a replica was installed since the original was stolen in November 2014.

The replica will remain at the entrance to the camp, now a memorial site, and the original will become part of the memorial’s permanent exhibition. It will be kept inside an air-conditioned glass cabinet equipped with an alarm system, The Associated Press reported, and go on public display for the first time on April 30, the 72nd anniversary of the camp’s  liberation.

The gate, approximately 6 feet high, was found under a tarp in a parking lot in December in southwestern Norway following an anonymous tip.

The theft came five years after the 16-foot metal sign from the front gate of the former Auschwitz concentration camp was stolen and recovered across the country 72 hours later cut in three pieces. Repairing the sign took several months.