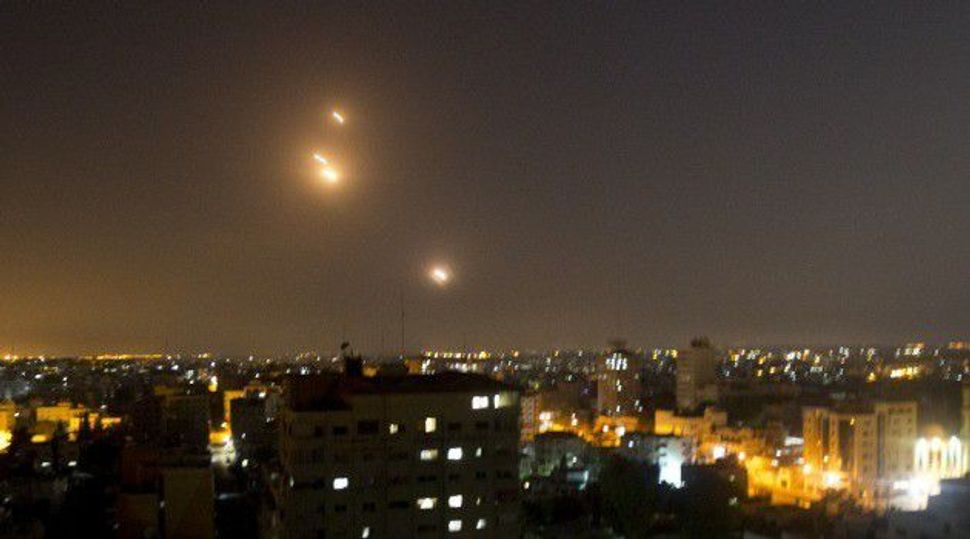 Israeli aircraft carried out a series of strikes in Gaza on Monday, wounding at least four people, witnesses said, after a rocket fired from the Palestinian territory hit an empty area in southern Israel.

The Israeli military said its planes attacked five positions belonging to Hamas, the Islamist group that runs the Gaza Strip, in response to the rocket strike.

There was no immediate claim of responsibility for the rocket attack. Israel said that it holds Hamas accountable for what happens in the territory.

The group has observed a de-facto ceasefire with Israel since a 2014 war but small armed cells of jihadist Salafis have continued to occasionally launch rockets at Israel. When those attacks occur, Hamas usually orders its fighters to vacate potential targets for Israeli retaliation.

Israeli Defence Minister Avigdor Lieberman said Israel had “no desire or intention to initiate any military move in the Gaza Strip” but that it would not tolerate even a “drizzle” of rocket fire.

“We will not get into a ping-pong situation of fire and counter-fire. I suggest Hamas take responsibility, impose order and calm down,” Lieberman said in public remarks to legislators of his Yisrael Beitenu party in Jerusalem.

Hamas spokesman Fawzi Barhoum said Israel would be responsible for any escalation if it continued to target “resistance positions.”