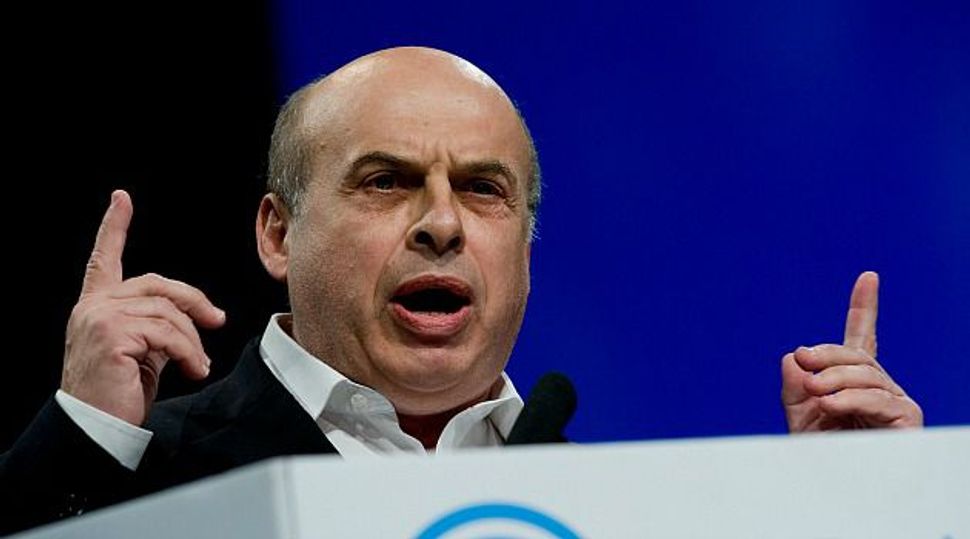 New Term: Natan Sharansky has been unanimously reappointed as head of the Jewish Agency for Israel. Image by getty images

JERUSALEM (JTA) — Natan Sharansky, chairman of the Executive for the Jewish Agency for Israel, will head the organization for an extra year.

The board of governors announced Tuesday that Sharansky had agreed to its request that he stay a year past his second four-year term ending in June. The announcement came at the closing plenary of the board’s winter meetings in Tel Aviv.

Sharansky had said in September that he would not remain past June, despite a request from Israeli Prime Minister Benjamin Netanyahu.

His recent efforts include trying to secure a compromise for an egalitarian plaza at the Western Wall and calling for wider recognition by the Israeli Chief Rabbinate of conversions done by rabbis outside the Jewish state.

“Although I was skeptical of the value of remaining for an additional year, what has taken place in recent months has convinced me that it is important that I remain,” Sharansky said in a statement. “Our ongoing discussions with the government on the Western Wall and related matters have reached a sensitive point, and I will do everything necessary to ensure that the successful negotiations of recent years bear tangible fruit.

“Additionally, the events of recent months have resulted in a deep polarization between some Jews in America and some in Israel, and it is imperative that we do whatever we can to unite our people. That will be our task in the year to come.”

In September, he had told  The Jerusalem Post: “I’m not going to serve another term. I told the prime minister. It’s not healthy for the organization. There must be new people and new ideas.”

Sharansky was a Soviet prisoner of conscience who was able to immigrate to Israel in 1986. He has served in the Knesset and in various ministerial roles.