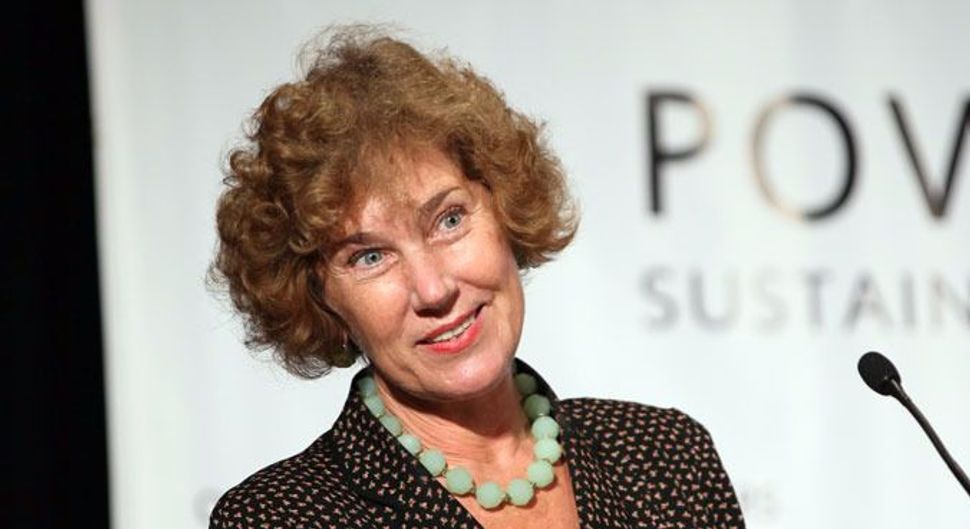 WARSAW, Poland (JTA) — An American Jewish Committee official in Warsaw — who twice served as Bulgaria’s ambassador to the United States —  was detained for stealing cosmetics at the Polish capital’s airport.

Police said Elena Poptodorova, the director of the AJC’s Warsaw office for Central Europe, admitted her guilt after stepping out of a duty-free shop on Monday holding cosmetics worth about $400. She announced her resignation from AJC in the wake of the incident.

The Polish media reported that Poptodorova explained the situation as a misunderstanding. According to reports, Poptodorova said she had the cosmetics in her hand when her seriously ill mother called on her cellphone. She answered the phone and stepped out of the shop to continue the conversation, not noticing that she still had the products in her hand.

“The woman pleaded guilty, gave back the stolen items, voluntarily surrendered punishment and after that she was dismissed,” Tomasz Oleszczuk of the press section of the Metropolitan Police in Warsaw told JTA.

On Wednesday, AJC sent a statement to JTA saying it was accepting the resignation of Poptodorova, who had headed the Central Europe office in Warsaw since September. According to the statement, Poptodorova told the Jewish advocacy organization that she was “stepping down for personal reasons.” AJC said Agnieszka Markiewicz would serve as acting director.

From 2002 to 2008 and 2010 to 2016, Poptodorova was the Bulgarian ambassador to Washington. Previously she was a personal translator for Todor Zhivkov, the communist prime minister of Bulgaria.