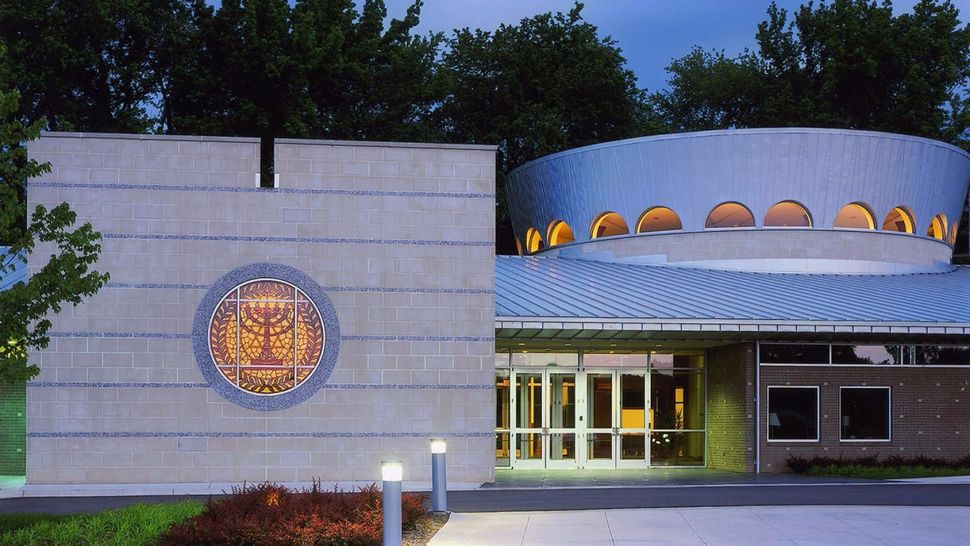 Temple Adath B’nai Israel will be full on Friday night, pews in the small synagogue overflowing with far more than the usual number of worshipers.

It won’t only be Jews at the Shabbat service, either, but Christians, Muslims and others as well because the people of Evansville, Indiana have been pouring out to support their small community of Jewish neighbors since a bullet hole was found in a Hebrew school classroom window Tuesday.

“It has sent a shockwave” through the community, “because it is so, so out of the norm and so not representative of this community,” Rabbi Gary Mazo told Haaretz. Evansville police, who arrived 10 minutes after being called, brought in the FBI, who told local media that they are investigating it as a hate crime.

The response from near and far has been astounding, said Mazo. Local interfaith leaders called, offering to encircle the modern synagogue building in a show of love and protection. Several people have made unsolicited donations on the synagogue’s website, wanting to pay for the window’s repair. Local faith leaders and Evansville’s mayor will be at Friday night’s services, and they may speak, Mazo said.

The shot to the Hebrew school classroom window was low caliber, likely a pellet or BB gun, according to the rabbi. “It almost doesn’t matter. Somebody had to stand in the playground and look into a classroom. They could have done more damage, since we have beautiful stained glass in the sanctuary,” he said. “They were looking to make us afraid.”

Shaul Magid is a professor of Jewish studies at Indiana University in Bloomington, which is about two hours northeast of Evansville. Southern Indiana “is definitely white man’s country, that’s for sure,” he told Haaretz. The area was a center for the Ku Klux Klan in the 1950s and ‘60s, Magid said, with one of the racist group’s grand wizards calling a nearby town home. “It’s white supremacy country.”

Shooting at a Hebrew school classroom window “is a kind of escalation, even if it’s done at a time when nobody’s in the building. These are tactics of intimidation more than anything. It’s about ‘we’re here and we’re watching you,’” according to Magid.

Evansville’s Islamic center has a close relationship with the synagogue and also suffered attacks in the recent past, said Mazo. Someone left bacon on the mosque’s front steps, and in another incident insults were hurled at women working there. As in Judaism, pork is prohibited in Islam.

Rabbi Rick Jacobs, president of the Union for Reform Judaism, with which the temple is affiliated, said about the shooting:

“One bullet fired into a synagogue is one too many. We have been in close contact with Temple Adath B’nai Israel and, even as we are so troubled by the violence we are heartened by the outpouring of support from the local community.”

Jacobs also commended Indiana police, contrasting their response with that of U.S. President Donald Trump and his administration. “We have been impressed with the commitment of the local law enforcement to conduct a comprehensive investigation. We have seen the same thing in Philadelphia, St. Louis, and elsewhere,” Jacobs told Haaretz in an email.

“While we certainly recognize the challenge of discussing ongoing investigations, we do not, yet, have that same feeling of confidence in the Federal response.”

Support has come from beyond Indiana and from outside of the Jewish community as well. A woman named Noor-Malika Chisti posted on Temple ABI’s Facebook page: “I just read about the shot fired through your synagogue. I am so sorry to read of the continuing violence against the Jewish community. I am a Muslim very involved in working with the local Jewish community here in Southern California and want you to know we hold you in our hearts and prayers as dearest Cousins. I was born and raised in Indiana and still have family there so feel a deep connection,” she wrote. “Shalom. Salaam. Peace.”

Temple ABI is the only synagogue for two hours around in any direction, Mazo said, in an area where soy and corn fields bump up against suburban housing developments. Evansville, which is just across a river from Kentucky, has a population of about 150,000 people. At most, 240 families are Jewish, according to Mazo, and 140 of them belong to the synagogue. The area once had a larger Jewish community and four synagogues, but as manufacturing jobs left the city, the Jewish population dwindled.

The synagogue has long had security guards at the doors during special events and keeps the doors locked when the building isn’t in active use. “It’s not a fortress but it is tight. Just being smart in the climate, I think,” said Mazo, adding that the synagogue will now take additional security measures.

Indiana state troopers patrol the area and walk around the temple building and grounds. The four Jewish cemeteries in Evansville, which date to the 19th century, are also being patrolled more frequently, Mazo said.

Police will be at the door whenever the synagogue has services or Sunday school for the next couple of weeks and they may add more security cameras to the nine already in place. The FBI downloaded footage from the cameras and is reviewing it to see if they can identify the shooter. The FBI has also offered to train synagogue staff and teachers. “We’ve never done the active shooter training or protocols,” said Mazo. “But now we will.”