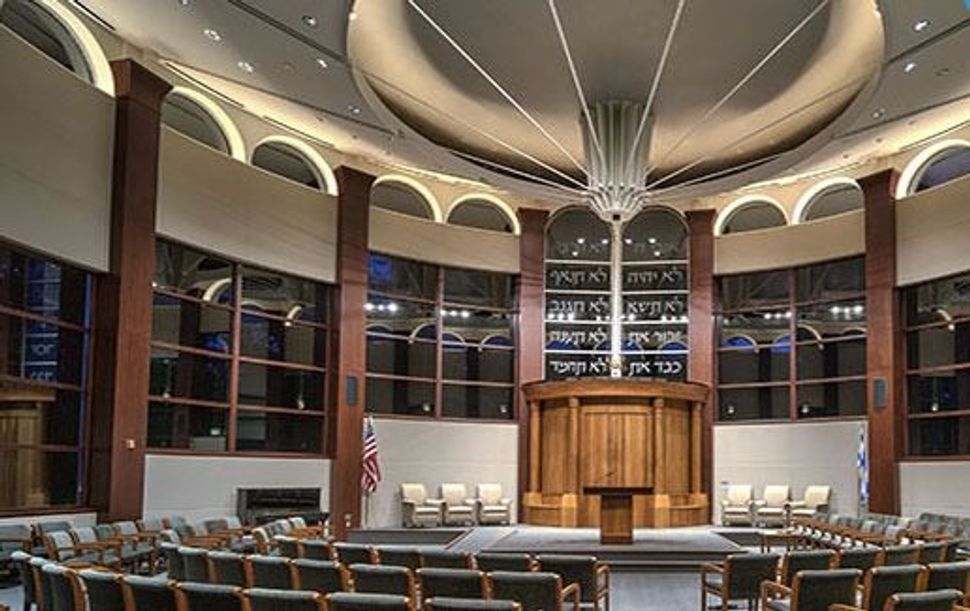 Amid a wave of anti-Semitic threats and vandalism nationwide, one synagogue in southern Indiana was exposed to actual violence when the congregation at Temple Adath B’nai Israel discovered a bullet hole in a Hebrew school window. The development shines a light on a Jewish community that’s right in the heart of what the Indiana University professor Shaul Magid called “white supremacy country.” Here are five facts about the Indiana synagogue and its community.

Located in Evansville, Indiana – a city in the state’s southern reaches that straddles the Ohio River – the synagogue brings together 140 families from three different states: Indiana and neighboring Kentucky and Illinois. According to Rabbi Gary Mazo, there used to be four synagogues in the area, but the others shut down as the economy suffered and Jews moved away.

2. In Solidarity With Local Islamic Center

It’s not only the synagogue that’s faced trouble. The local Islamic center has been the victim of vandalism, including an incident in which perpetrators left bacon – haram for Muslims – on the doorstep of the building.

3. Area Operating Base For KKK

The Ku Klux Klan was an active presence in the Evansville metro area in the 1920s, and it’s there that the Indiana Klan (a second wave incarnation of the hate organization) was founded. That iteration of the KKK was mostly focused on hating Catholics and German immigrants, but they weren’t exactly Jews’ best friends either.

The synagogue is affiliated with the Union for Reform Judaism, whose head, Rick Jacobs, has spoken out against the incident. “One bullet fired into a synagogue is one too many. We have been in close contact with Temple Adath B’nai Israel and, even as we are so troubled by the violence, we are heartened by the outpouring of support from the local community,” he told the Haaretz newspaper.

5. Only Synagogue For Miles Around

While Evansville and its environs boasts two messianic “Jewish” congregations, the closest synagogue isn’t for hundreds of miles around, with an observant Jew having to drive either to Bloomington, Indiana, or to Louisville, Kentucky, to get to another Jewish house of worship.