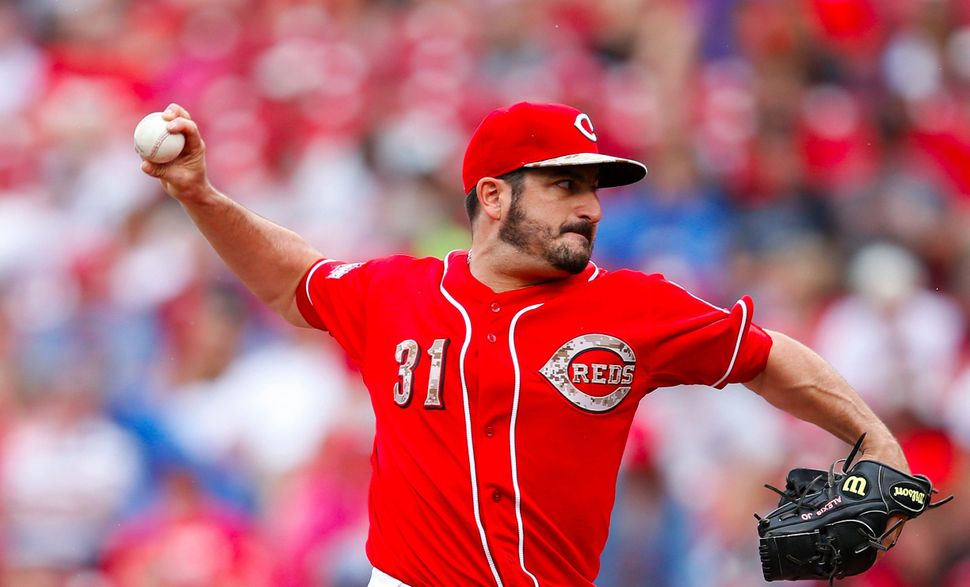 To players on Team Israel, it doesn’t matter that they don’t live in Israel and play ball in the United States, don’t speak Hebrew and haven’t visited the country until recently.

For the World Baseball Classic, they are representing Jewish fans worldwide.

“I personally feel part of the Jewish community even though I am not a national (of Israel),” added catcher Ryan Lavarnway, who is with the Oakland A’s organization.

The 16-team WBC begins on Monday when Israel — made up largely of Jewish Americans — take on host South Korea in Seoul in the opener of Pool A, which also includes Taiwan and the Netherlands.

Only two players have Israeli passports but that does not matter, since WBC rules state that a player just needs to be eligible for citizenship in a country. Under Israeli law, all Jews may receive automatic citizenship.

“We are 28 people that are similar in terms of background,” said pitcher Josh Zeid, formerly of the Houston Astros and now a minor leaguer for the Mets.

Four pools of four teams each contest the first round in Seoul, Tokyo, Miami and Guadalajara, Mexico. Two teams from each pool advance to the second round in Tokyo and San Diego, which will produce the final four for the championship round in Los Angeles from March 20-22.

This is Israel’s first trip to the WBC after it failed to qualify in 2012 under manager Brad Ausmus, currently manager of the Detroit Tigers. Under manager Jerry Weinstein, they won a qualifying round by beating Britain in Brooklyn last September.

While considered a huge underdog to baseball giants like the United States, Japan and the Dominican Republic, Israel, which are ranked 41 in the world, believe they can make some noise with a team comprised of a host of former major leaguers and current minor leaguers in the United States.

“We are going up against some of the best teams but we have good talent on the roster so we can win,” said slugging first baseman Ike Davis, who hit 32 home runs for the New York Mets in 2012 and has played for seven years in the majors.

“Everyone we have either plays in Triple A or the big leagues and that’s really good baseball,” added Davis.

Still he said winning the title would be like the ‘Miracle on Ice’ – when the U.S. ice hockey team won gold at the 1980 Olympics.

The team also has 38-year-old pitcher Jason Marquis, who retired in 2015 after winning 124 games in a 15-year major league career, as well as Lavarnway, a member of the 2013 Boston Red Sox team that won the World Series, and eight-year MLB veteran Sam Fuld.

“We are in it to win,” said Cody Decker, who is with the Milwaukee Brewers. “We stack up. Everyone on this team can play at the highest level.”

Until a trip in January, most players had not been to Israel, though some said they have relatives in the country. Although a soccer-loving nation, some 1,000 Israelis play in baseball leagues from Little League to adult competition.

“I hope we can create a future for (baseball) in Israel,” said Davis, now with the Los Angeles Dodgers organization.