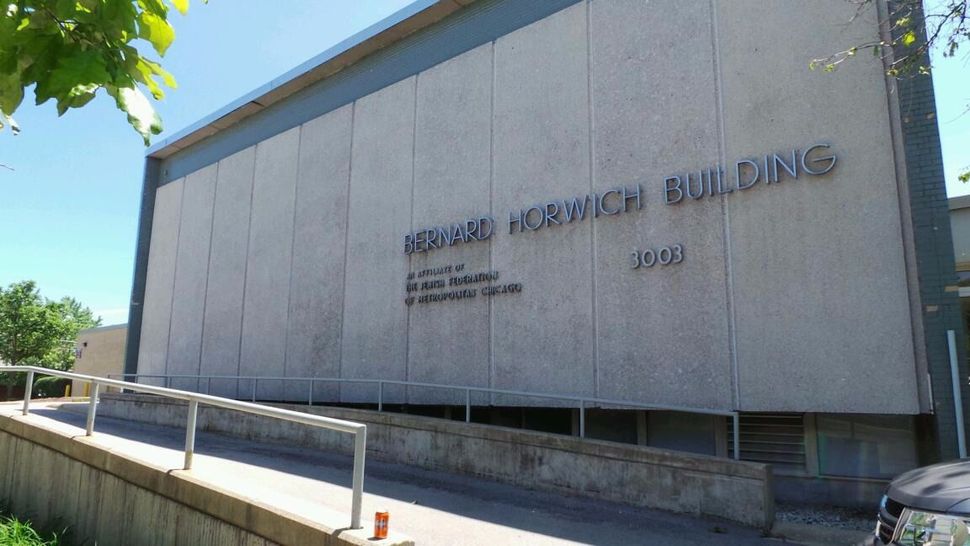 This city’s share of the national spike in anti-Semitic incidents has been notable: Two JCCs have been evacuated because of bomb threats, and both the Chicago Loop Synagogue and the Illinois Holocaust Museum and Education Center have been vandalized and defaced with anti-Semitic graffiti, among other events.

But after seeing the desecration of two Jewish cemeteries in St. Louis and Philadelphia, local cemetery managers and JCCs are bracing for worse to come.

“At every one of our early childhood sites, there are safe entries,” said Addie Goodman, the executive vice president of JCC Chicago. “The staff knows the families well. There are security teams monitoring the interior and exterior of the building. While all these things were already in place, the heightened level of awareness has been putting everyone on alert and made us more diligent.”

The JCC has developed new safety protocols for the dozen JCC centers across the Chicago area after consultation with local law enforcement, the FBI, the Department of Homeland Security, the national JCC, and the Jewish Federation of Metropolitan Chicago. Goodman declined detail these protocols for reasons of security.

She did note, however, that membership and participation in JCC activities haven’t declined since the anti-Semitic threats began in November. In fact, she said, many families who hadn’t previously visited the JCC have been reaching out to show solidarity with the community. “I had to give a d’var Torah about last week’s Torah portion,” she said. “One of the things it said was ‘after bitter comes sweet.’ The sweet is solidarity.”

Chicago cemeteries, meanwhile, as areas that are unpopulated much of the time, face their own set of problems. In the past few years, said Dave Penzell, the current director of Waldheim Cemetery in west suburban Forest Park, most vandalism has come from drunken teenagers who were caught and punished. The worst threats that have come to other area cemeteries have been through the mail. After the first wave of JCC bomb threats in January, Penzell, whose cemetery is the largest and oldest Jewish cemetery in the city, went on high alert. He reached out to the local police, who agreed to do extra patrols around Waldheim. He’s also increased man-hours among the grounds crew for patrols on the inside, and he’s locked the gates to have more control over who goes in and out.

“We are aware,” he said. “We have taken precautions.”

New Light Cemetery in north suburban Lincolnwood has also increased its security. Although the Lincolnwood police haven’t promised they would patrol any more than usual, said Al Gruen, president of the New Light Cemetery Association, the cemetery has installed more security cameras on the outside fence. There are also three moving night vision cameras with recording devices inside the cemetery, Gruen said, “so in the event that someone would come with some mischief, it would record the person or person and hopefully would be useful in identifying individuals.” Gruen himself monitors the security footage via Internet from his winter home in Boca Raton, Florida.

As keepers of cemeteries, both Gruen and Penzell are sensitive to the symbolic importance of the gravestone vandalism. “It’s not a piece of granite being toppled over,” Penzell explained. “It represents a loved one. People who are outside of the Chicago area who want to know if their parents’ graves and their grandparents’ graves are OK. There’s a lot of reassuring going on. We tell them we are inspecting all aspects of the cemetery and everything is fine. We’re doing everything we can do. Everything is OK.”

Still, Penzell understands the unease. “To hear an older person call you up and hear that fear in their voice is very disheartening,” he said. “They really are scared. And it’s not just that they’re afraid a person is going to topple over a monument of a great-grandparent. They’re afraid of the anti-Semitism spreading throughout the country. That is really what is so fearful, almost to the degree of going back to Nazi Germany. And I think that is almost what they think or feel like this is the beginning of.

“Do I feel that?” he continued. “No. And I say that with a certain degree of hope in my voice. I hope I’m right. I don’t see any groundswell of that kind of hatred or feeling. There was the Loop Synagogue in Chicago that was attacked. It was one nut job who did it and he was quickly caught, and boom boom boom. It was not a bunch of people hiding them or supporting them, it was one guy. I don’t see that or feel that growing.”