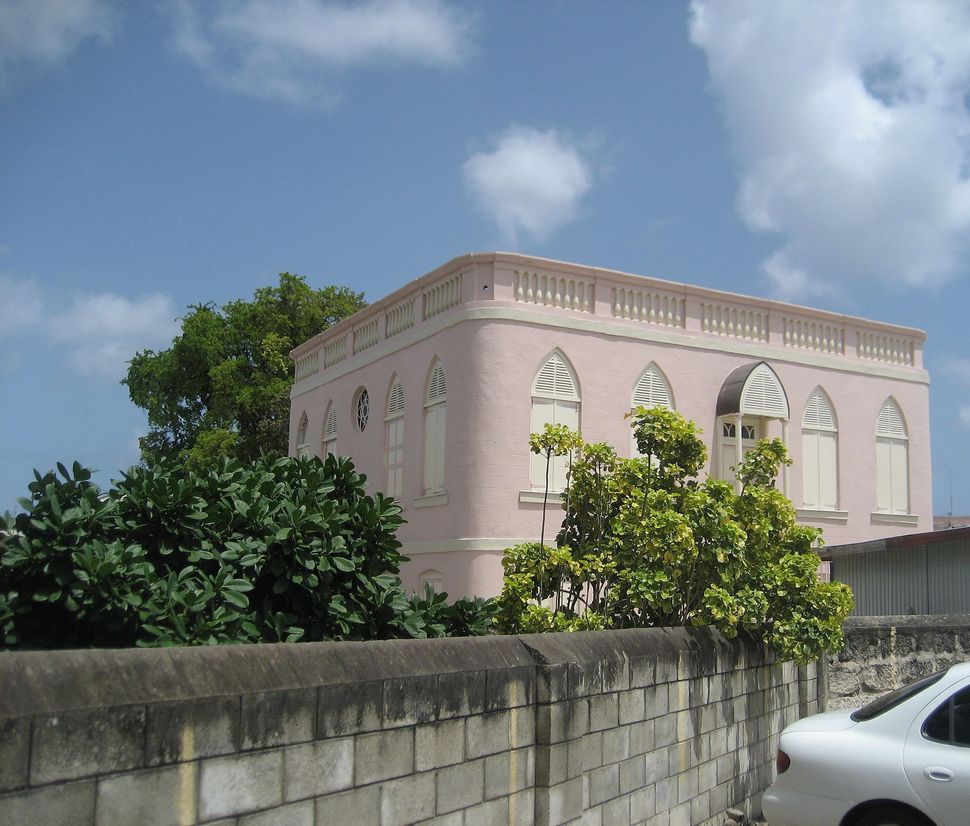 (JTA) — A synagogue on the Island of Barbados was vandalized with red spray-painted anti-Semitic messages.

The messages were painted on the exterior walls of the synagogue in St. Michael early on Friday morning, the local Nation News website reported.

The Nidḥe Israel Synagogue, located on Synagogue Lane in Bridgetown, St. Michael, the island’s capital, was built in 1654, destroyed by a hurricane in 1831, and then rebuilt. The building, owned and renovated by the Barbados National Trust, remains in use as a synagogue today. In 2011, the synagogue and a mikvah dating to the 17th century excavated next to the building in 2008, were designated as UNESCO protected properties within the World Heritage Site of Historic Bridgetown and its Garrison area.

The spray-painted graffiti was removed the same day it was discovered, according to the Nation News.

The graffiti contained anti-Semitic epithets and referred to the International Money Fund, a construction worker involved in the clean up told the Nation News.

“It’s the first time that anything like this has ever happened that I am aware of, as Barbados is not known for anti-Semitism,” an unnamed synagogue employee told the news website.