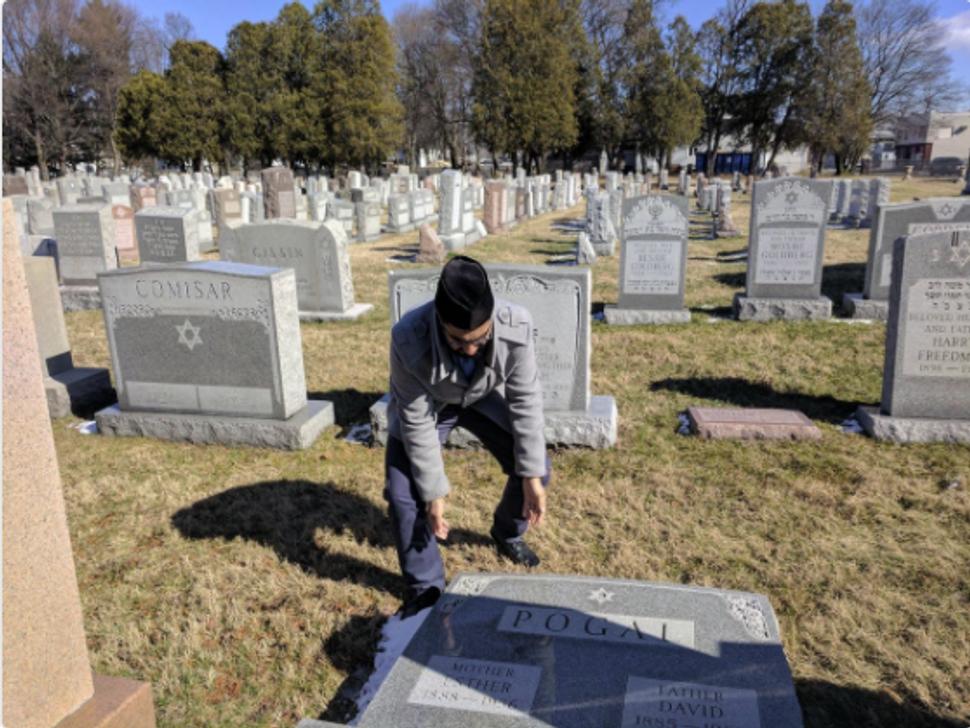 Members of the Muslim community in Rochester seemingly raced to the cemetery to right toppled Jewish headstones. Image by Twitter

(JTA) — A 6-year-old Florida girl has sent hundreds of rocks that she painted to place on headstones vandalized in Jewish cemeteries in St. Louis and Philadelphia.

Ayel Morgenstern of Parkland took up the project after seeing a news report about the Chesed Shel Emeth Cemetery in St. Louis and that one of the toppled headstones was that of her great-great-grandmother, Rebecca Pearl.

She reportedly sent more than 100 colorfully painted rocks to the cemetery in St. Louis, where Jewish day school students placed them on the gravestones. Another 150 rocks were sent to the Mount Carmel Cemetery in Philadelphia.

Ayel said she painted rocks with ladybugs for good luck and hearts for more love, the Sun-Sentinel newspaper reported. She is aware of the Jewish tradition of putting a small rock or stone on a gravestone that one visits to honor the deceased.

She also was planning to send rocks to the Waad Hakolel Cemetery, also known as the Stone Road Cemetery, in Rochester, New York, where several headstones were toppled.