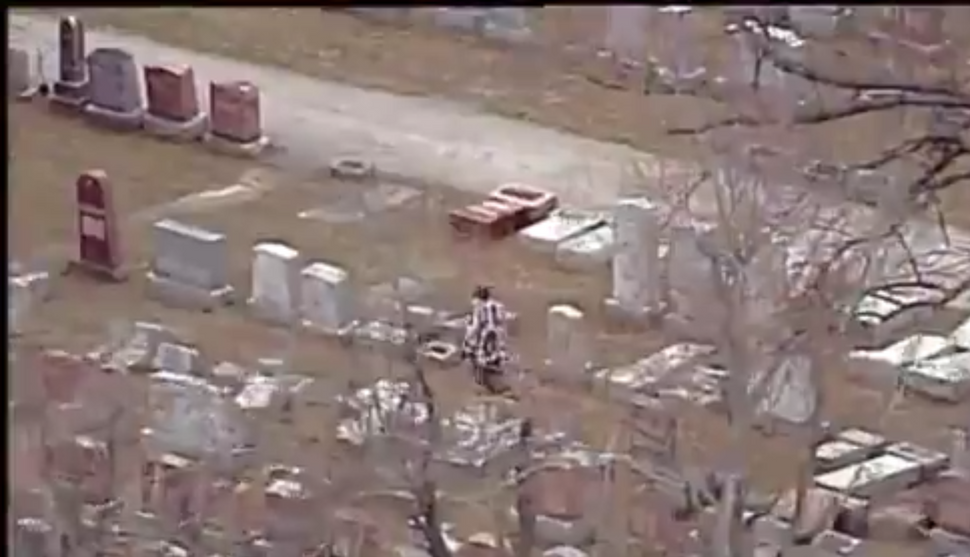 At least 170 Jewish gravestones were knocked over in the Chesed Shel Emeth Cemetery near St. Louis, Missouri, on Sunday.

Local police from University City would not call this a hate crime immediately but they are reviewing surveillance footage and there is evidence that the destruction was the work of an organized group, not an individual or an accident.

The St. Louis JCC was not threatened today when 11 others were threatened but Fox 2 news in St. Louis interviewed Karen Aroesty of the Anti-Defamation League who said that, after four rounds of threats to JCCs around the country and now this:

The level of tension in the Jewish community is pretty high.

Police are expected to make a further statement about the attack on the cemetery.