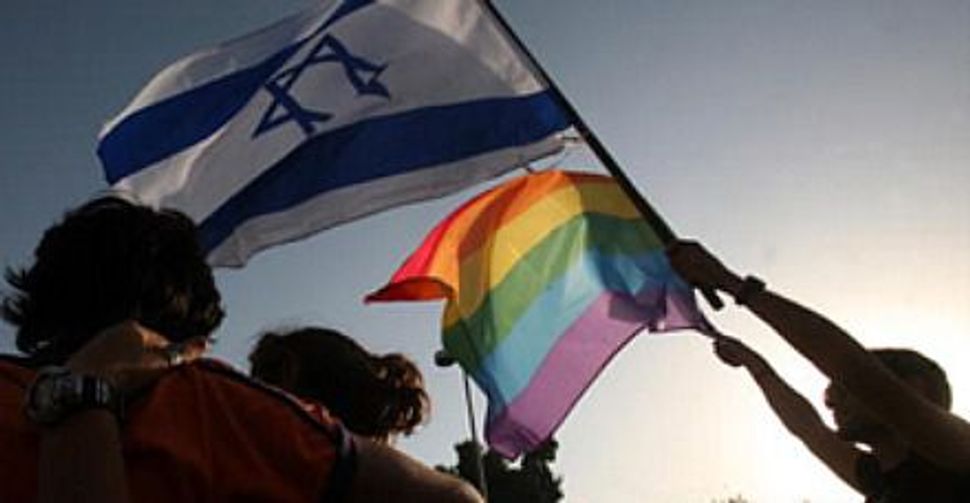 JAG, the organization of Lesbian, Gay Bisexual and Transexual Jews in Argentina and the World Congress of LGBT Jews organized the first global event in South America, gathering participants from Brazil, Colombia, Chile, France, Italy, Mexico, and the United States.

JAG is an acronym of Judíos Argentinos Gays that is pronounced like the Hebrew word for holiday, Chag.  The organization has been in existence for 12 years.

The first global Shabbaton and conference held last week in Latin America received support from the Judaica Fundation; the Jewish umbrella organization, DAIA; the Latin American Jewish Congress; the Buenos Aires city government; and the Argentinean Federation of LGBT.  The event was held in the country’s oldest synagogue.

Mexican activist and former vice president of World Congress LGBT, Luis Perelman, stressed that the starting of the movement in Mexico was anonymous and hidden. But five years ago, the Guimel Association opened. “It’s very important for the region to have this experience in Buenos Aires to show our case, to ask major institutions clearly if they support us or not,” Perelman, president of Guimel, told JTA.

Perelman, like more than 130 participants, enjoyed a “tango for diversity” workshop and a panel about LGBT legislation in the region. A discussion about “The road to Jewish same-sex marriage” was held at the synagogue in which the first Jewish same-sex marriage in Latin America was celebrated one year ago hosted by the couple and the rabbi who married them.

An interreligious round table, with a Muslim participant, was held, as were Shabbat morning prayer services and a Shabbat Pic Nicy. The group also participated in a commemoration of the bombing of the Israeli embassy in Buenos Aires. The end of the meeting focused on evaluation, a closing ceremony and an invitation to a meeting in Paris in September 2017. World Congress LGBT President Frank Giaoui, of France, attended the conference.

“The Buenos Aires conference is a huge step towards a more complete inclusion of the LGBT people within the local Jewish community. In many of those aspects Argentina is setting the path for the whole Latin America and the world: Some 40 percent of the delegates actually did travel from abroad. I particularly appreciated the active participation of non-Jewish and non-LGBT allies at the event, it’s only with their support that we will successfully defeat anti-Semitism and LGBT-phobia,” Giaoui told JTA.