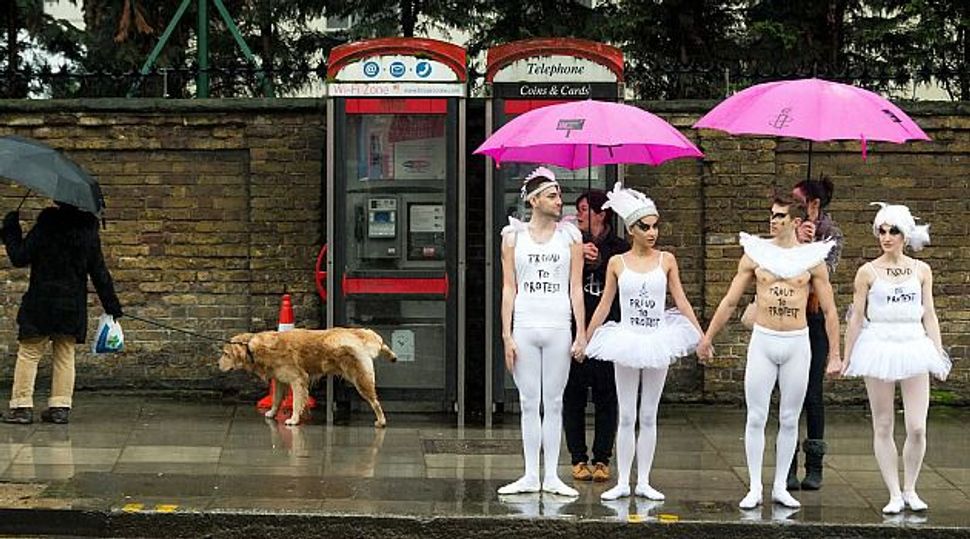 The theory that for every action there is an equal and opposite reaction sadly applies to the sphere of human rights.

As the march for marriage equality in the United States quickens — 17 states and the District of Columbia now allow same-sex couples to wed and 10 others states offer civil unions and partnerships — nations throughout the world are brutally moving in the opposite direction, outlawing relationships, condoning violence and stirring up hatred.

Gay and lesbian rights “has become the measure of what is happening in a society,” said Ruth Messinger, president of American Jewish World Service.

She should know: AJWS mobilized petitions signed by 500 rabbis and 8,000 others to Ugandan President Yoweri Museveni, urging him not to sign a sweeping law targeting not just those who identify as gay, lesbian, bisexual or transgender, but even those who support them. This could dangerously hinder AJWS’s efforts to stem HIV/AIDS and other public health imperatives. President Obama strongly condemned the new law. But Museveni seems intent on enacting it.

Across Africa, in Russia, and in India, where a draconian law is being resurrected, we are witnessing what happens when the struggle for human rights goes global, prompting actions and reactions, creating hope and spreading intense, irrational fear. It’s a reminder of how much work is left to be done to guarantee a simple thing like human dignity.