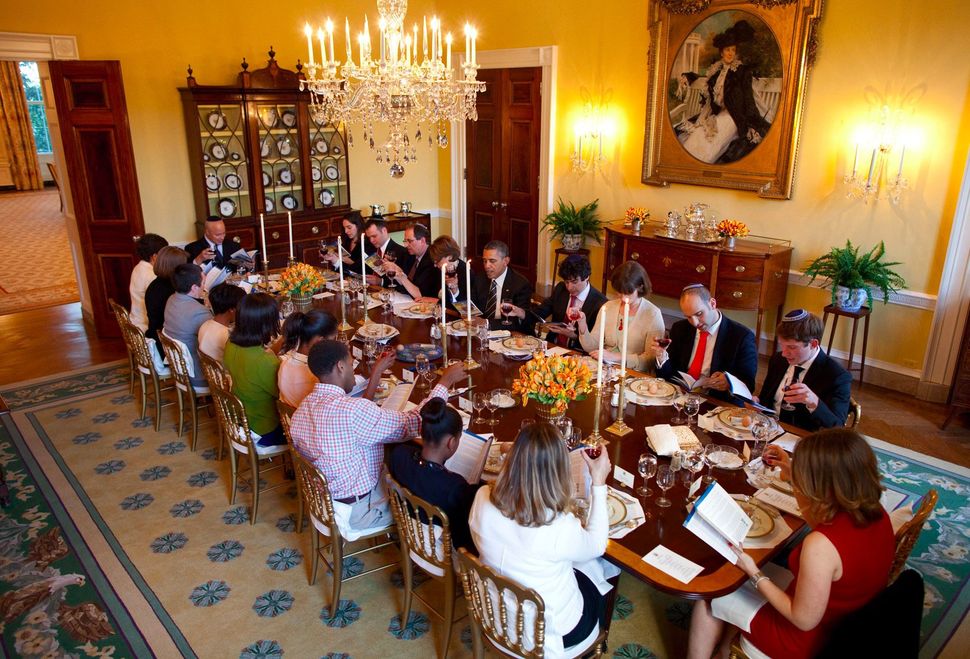 Well, maybe there’s one short-lived Passover tradition, after all.

Jews have been celebrating the spring festival, which commemorates their exodus from Egypt, for thousands of years. Some of the details, like the commandment to eat only unleavened bread, are even in the Bible.) And the ritual meal, called a seder, draws on the practice of the Greek symposium, in which participants would relax and discuss intellectual topics.

The annual White House Passover seder, started by former president Barack Obama, does not seem to be happening this year.

Donald Trump, as far as Jewish activists close to the administration know, does not plan to host a seder for Passover, which begins next Monday evening. The White House did not respond to inquires of the Forward regarding the possibility of President Trump holding a seder.

White House Passover seders are a fairly new tradition. They began after Obama’s impromptu campaign trail seder organized by Jewish staffers during the 2008 presidential race. That meal evolved into an eight-year tradition in which the First Family hosted a small gathering made up of family friends, White House aides and participants of the original campaign seder. Under Obama, the White House Passover seder included reading from the Maxwell House haggadah and Jewish traditional fare prepared based on family recipes and by visiting chefs. When the president was out of town, the seder was postponed to accommodate his schedule.

While the White House seder became a regular feature of Obama’s presidency, the event was always seen as an intimate get-together, leaving the main stage for the annual Hanukkah reception, a decades-old White House tradition.

Although Trump does not seem to be inclined to host his own seder at the White House, the President may choose to attend the traditional meal celebrating the liberation of ancient Israelites from Egyptian bondage with his daughter and son-in-law.