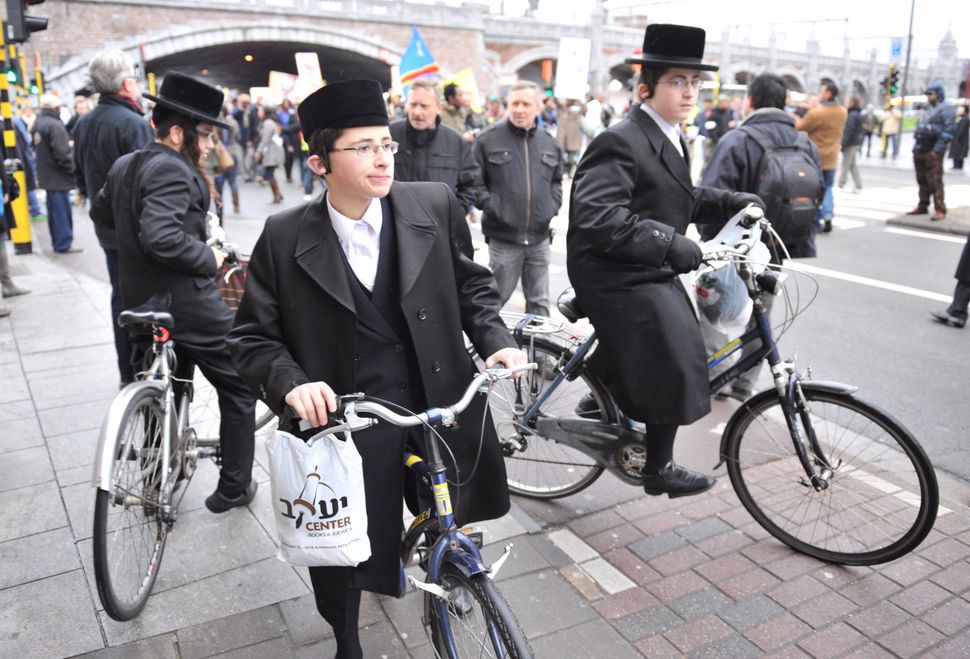 (JTA) — Belgian Jews protested the unilateral decision by the city of Antwerp to move its main Holocaust monument from a place where victims were rounded up to another part of the city with less traffic.

The Forum of Jewish Organizations of the Flemish Region — one of the three autonomous entities that make up the federal Belgian state — came out against the plan in a statement Wednesday following reports in the media of the city’s plan to move the monument from Belgiëlei Avenue.

The new location, on the other side of the city’s main park, “is a quieter place,” Paul Cordy, the district mayor, told the Gazet van Antwerpen daily on Tuesday. The annual Holocaust commemoration ceremony that the Jewish community organizes near the monument will therefore “have less of an impact on traffic,” said Cordy, adding the new location is also closer to the city’s historic center.

But the Forum, which was not consulted about the move, said the new location is “inferior” to the current one because it bears no historic connection to the Holocaust, during which German and Belgian officers concentrated thousands of Antwerp Jews at the Belgiëlei location ahead of their shipment to death camps to be murdered there.

“The monument serves as a headstone for thousands of Jews who were deported and killed without even receiving burial,” the Forum write in a statement. Moving the monument to a location “without any direct connection to the Holocaust,” the authors of the statement added, “would result in the loss of a historical, emotional and educational dimension.”

The monument was erected at its current location 20 years ago at the request of the Jewish community. Since then, authorities have drastically increased security measures on Jewish institutions and events, including the annual ceremony, following threats and terrorist attacks. Security arrangements connected with the commemoration have resulted in traffic disruptions.

The decision to move the monument in Belgium follows intensive media coverage of a couple’s legal fight in neighboring Netherlands to have a memorial plaque for a Holocaust victim removed from the entrance to their home in Amsterdam. They dropped their lawsuit against the city amid harsh rebuke against them on social networks in the Netherlands and beyond.