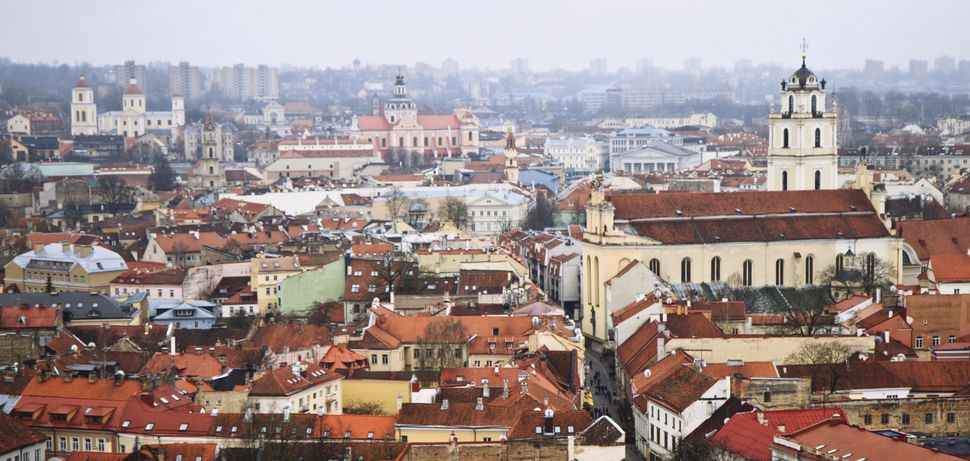 (JTA) — Vilnius University in Lithuania said it would give academic degrees posthumously to Jewish students who were unable to graduate because they were murdered in the Holocaust — unless they were partisans.

In a statement published on Wednesday on its website announcing the initiative entitled “Recovering Memory,” Vilnius University encouraged relatives of Holocaust victims to apply for recognition through a special procedure set up this year.

But, in a twist connected to the Lithuanian state’s complicated attitude](http://www.jta.org/2015/02/24/news-opinion/world/in-lithuania-yiddish-teacher-becomes-unlikely-bulwark-against-far-right “”) to the nation’s wartime history, the [procedure excludes any Jewish student who fought with communist or pro-Soviet partisans against the Nazis. Diplomas will not be issued “if evidence of collaboration with political and police structures of totalitarian regimes is determined,” the procedure states.

Virtually all resistance movements in Lithuania during World War II were supported or otherwise linked to the Soviet Union.

Both the Soviet Union and Nazi Germany are defined as totalitarian regimes by state historians in Lithuania, where prosecutors in 2008 launched a controversial probe against three Jewish partisans who were suspected of war crimes. The investigation was dropped following an international uproar.

Lithuania is among several East European nations promoting what some historians call the double genocide narrative or the red brown equivalence – an attitude which is seen as designed to establish a moral equivalence between Nazi Germany and the Soviet Union.

Lithuania is the only country in the world that defines the Soviet domination of its soil as a form of genocide.

Efraim Zuroff, a hunter of Nazis and head of the Israel office of the Simon Wiesenthal Center, has accused Lithuanian officials of pursuing this equivalence to obfuscate the Lithuanian population’s widespread collaboration with Nazi occupation forces, including in the murder of 95 percent of Lithuania’s prewar Jewish population of 230,000 people.

“It is an effort by the Lithuanian state to paint Lithuania as a victim without coming to terms to the roles of many Lithuanians as perpetrators in the service of the Nazis,” he said.

Academic degrees will be denied also to Holocaust victims is they were dismissed or ended their studies “after Vilnius University was closed by Nazi occupying authorities on 17 March 1943,” the university said, or if they left “voluntarily.”

Students expelled for poor scholastic performance will also not be recognized either, as well as people with “certain facts in their biography” that are “incompatible with the content and the concept of the Memory Diploma.”

The decision to offer recognition to students who meet the criteria followed a request last year by an Israeli medical professor, Moshe Lapidot, for recognition of his late uncle, who studied chemistry at the institution before he was murdered in the Holocaust.

Lapidot accepted the diploma for his late uncle, whom he had never met, during a ceremony earlier this month at the Israeli embassy in Vilnius.

Lapidot’s uncle, Chlaunė Meištovskis, became the first student to posthumously receive a degree — in the uncle’s case, a bachelor of sciences — under the initiative. Archival gaps complicates attempts to identify all the Jewish students on the list of students during the Holocaust years, the statement said.