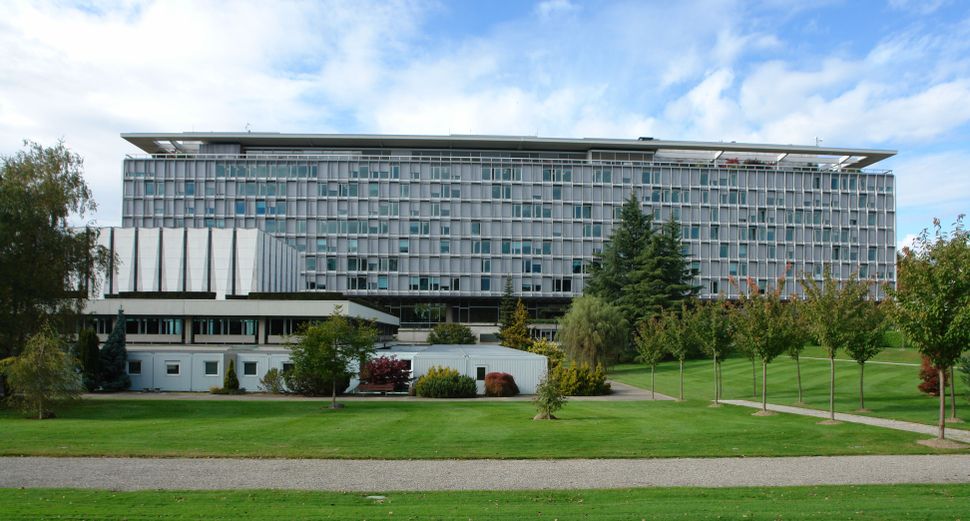 (JTA) — Great Britain and the United States joined four other nations in voting against a World Health Organization resolution that they said singles out Israel for criticism.

The resolution, which passed by an overwhelming majority on Friday during the 70th World Health Assembly in Geneva, Switzerland, mostly speaks of the need to improve services provided to Palestinians and residents of the Golan Heights. It also mentions the health needs of “prisoners and detainees” in Israel.

Critics like the UN Watch NGO suggested that it was hypocritical of the WHO to support a resolution on Israel that was co-authored by Syria, where hundreds of thousands of people have died in a brutal civil war that erupted in 2011.

The British delegate joined the United States, Canada, Australia, Guatemala, Togo and Israel in voting against the resolution. The United Kingdom was the only European Union member nation to oppose the resolution, which is a standing item at World Health Assembly meetings. Israel is the only country for which WHO has a standing item, according to UN Watch, which claims this is discriminatory.

Unlike the 2016 resolution, the current draft does not include condemnation of “barriers to health access in the occupied Palestinian territory” and “damage to and destruction of medical infrastructure” by Israel.

The United Kingdom voted in favor of the 2016 resolution.

By voting against the resolution this year, the United Kingdom “rejected the politicization of the important issue of health and the unacceptable anti-Israel bias present in UN bodies,” Richard Verber, the senior vice president of the Board of Deputies of British Jews, told JTA.