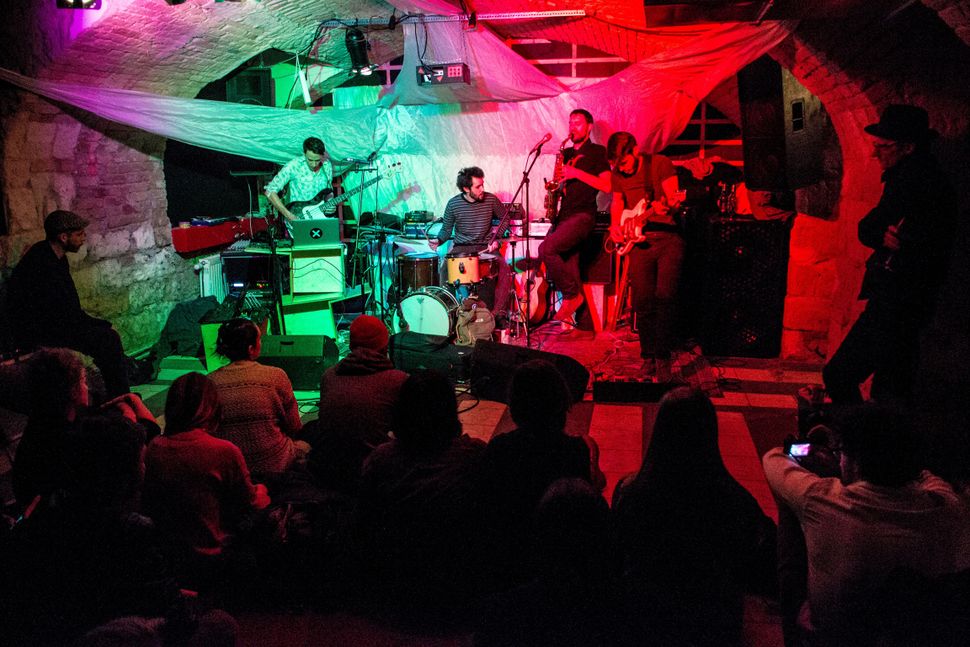 In New York, Rabbi Michael Paley of UJA-Federation of New York, told the Forward, “We, along with many other global Jewish organizations, are concerned with recent government actions against the Jewish community in Hungary.”

Referring to the government’s recent moves against the Aurora café, the center run by Marom, a Conservative Judaism youth group, Paley added, “These moves only serve to underscore the importance of supporting Jews in Hungary as best we can,”

UJA-Federation of New York has worked with Auróra in the past, awarding the community center a grant in 2013 because, said Paley, “we saw an interested community of Jews in their 20’s and 30’s who benefited from and enjoyed Jewish connections.”

But Paley, who is UJA-Federation’s Scholar in Residence, voiced broader concern about the state of democracy under the right-wing nationalist government of Prime Minister Viktor Orban. Taking note of the government’s recent move to shut down a prestigious school in Hungary funded largely by the Hungarian-American philanthropist George Soros, Paley said, “We were dismayed by the recent legislation against the Central European University (CEU) and anti-Semitic activities and rhetoric associated with the Jobbik party.”

On June 28, local Hungarian authorities notified Auróra, that its licenses had been revoked. The center can thus no longer sell food and beverages—its main source of revenue.

Some observers worry that Auróra’s fate is part of Hungary’s ongoing crackdown on independent civil society. Auróra is known for its work in supporting non-governmental organizations and fellow Hungarian minorities like the Roma and the LGBT community—a profile that has made it a target of criticism in media outlets close to the country’s right-wing nationalist government.

The decision to revoke Auróra’s permits comes after a large-scale drug raid June 10. Budapest police arrived at the center and physically searched 120 people before arresting 15 for possession of marijuana.

The raid was condemned as illegal by local watchdogs. Many members of the Auróra community believe their center was targeted for political reasons, though Marom officials have refrained from making this charge.

“The police said it was a spontaneous raid after some neighbors complained that people are using drugs in Auróra. But they had the blueprints of the whole building. Every policeman immediately knew which room – from the many we have – he has to go to and search,” the Auróra collective wrote in response to questions from the Forward.

Auróra’s reputation as one of the leading centers of civil society in Budapest added to concerns that the police actions and the municipality’s subsequent license revocation was politically-motivated.

It is “unacceptable…that Auróra is being shut down due to political pressure,” wrote Dávid Csillik, the head of the youth wing of MAZSIHISZ, the umbrella group of Hungarian Jewish organization, in a public note late Wednesday.

“Marom Budapest and Dor Hadas Budapest are essential actors in our country’s Jewish community,” he wrote, referring to the Jewish organizations operating at Auróra.

But the umbrella group itself, which receives funds from the government, issued a statement saying it was “unable to take a decision” on the government’s action due to lack of complete information. “Mazsihisz is watching with concern developments concerning Auróra,” the statement said. “We trust that the issue will be resolved quickly and peacefully.”

As outrage grows in Budapest, one dissenting voice is that of Rabbi Slomó Köves, executive rabbi of the Chabad-affiliated Unified Hungarian Jewish Congregation.

“Even if the political motivation was there at the case of Auróra cultural center, which I am not aware of, involving the Jewish element … would be dangerously misleading,” he wrote in an emailed response to questions from the Forward.

Auróra is highly popular among Budapest youths, and the decision to revoke its permit sparked several small protests in the city.

“After we received the letter and we informed the Auróra community, a lot of our collective members, friends and supporters came to Auróra … some of our supporters even organized a spontaneous demonstration,” the Auróra collective told the Forward.

Hungary’s rising right-wing nationalism has posed threats to Aurora in the past. In May, a far-right nationalist group, known as the Sixty-four Counties Youth Movement, came to Aurora in the middle of a Sunday and posted photos with a cross that was drawn across George Soros’s face. Proudly videoing themselves, they spray-painted “Stop Operation Soros,” with the symbol of their group in several places near the entrance to Aurora. Soros, whom Orban has frequently attacked using classical anti-Semitic tropes, has also provided funding to Aurora in the past.

The community center has vowed to keep its doors open—even as its revenue-generating bars remain closed.

“We will continue with our events, and we will appeal” the municipality’s decision, the Auróra collective told the Forward.