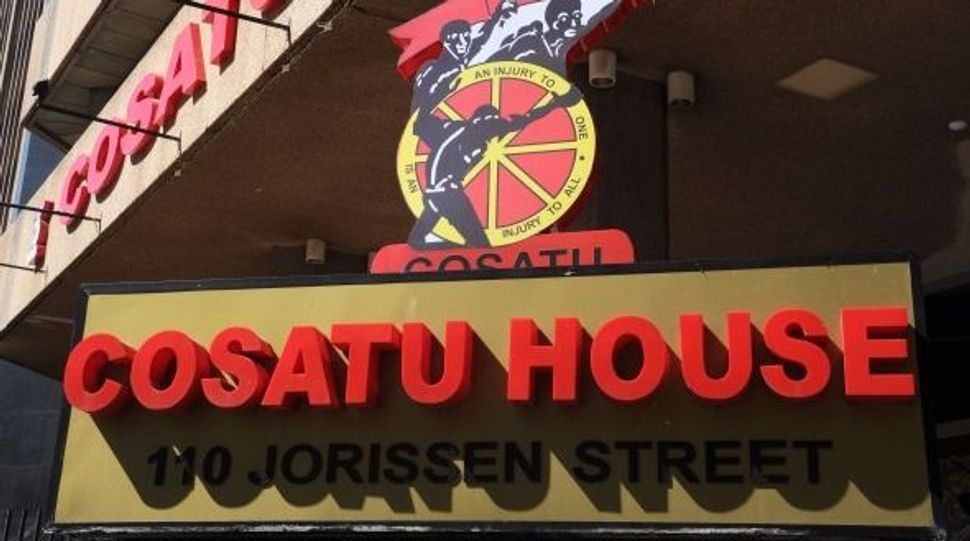 The Equity Court said Bongani Masuku, the international relations spokesman for the Congress of South African Trade Unions, or COSATU, must offer the apology through the South African Jewish Board of Deputies, the Jewish umbrella, within 30 days of its order.

The Jewish Board had filed a complaint in April 2009 against Masuku with the South Africa Human Rights Commission following what it called “various threatening, inflammatory and derogatory statements” against the mainstream South African Jewish community and its leadership.

The complaint detailed how Masuku, speaking at the University of the Witwatersrand as well as in written communications, had threatened to target South African Jews who supported Israel, saying they should be “forced to leave South Africa.” At the university, at an event sponsored by the Palestine Solidarity Committee and the Young Communist League, he said Jews’ lives would be made “hell” and that vigilante action would be taken against families suspected of having members who served in the Israeli army.

In December 2009, the Human Rights Commission upheld the complaint, concluding that the remarks indeed constituted hate speech against the Jewish community and directing Masuku to apologize. The commission turned to the Equity Court to have its ruling enforced when Masuku, backed by COSATU, refused to apologize.