Jewish Couple Marries On Temple Mount In Defiance Of Ban 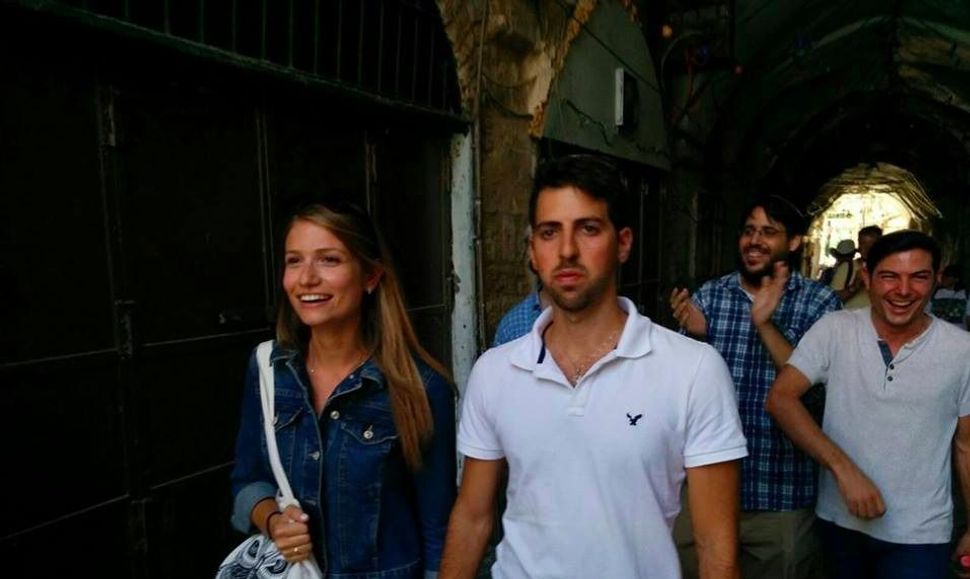 (JTA) — An Israeli couple married on the Temple Mount in Jerusalem despite rules prohibiting Jews from carrying out religious rituals at the holy site.

Tom Nisani and Sara Lurcat wed Thursday in a rushed ceremony at the site where the First and Second Temples once stood.

Jews are forbidden from praying at the site, which is home to the Muslim Dome of the Rock shrine and a flashpoint for conflict between Jews and Muslims.

In a video distributed to the media, the couple can be seen walking at the site accompanied by a police escort, as is the norm for Jewish visitors there.

Nissan and Lurcat wrote on Facebook that they hoped their wedding would inspire other couples to be married on the Temple Mount.

The couple is active in a group called Students for the Temple Mount; Nisani serves as its chairman. He also works as the national activist coordinator for the right-wing Zionist group Im Tirtzu.

Jewish Couple Marries On Temple Mount In Defiance Of Ban