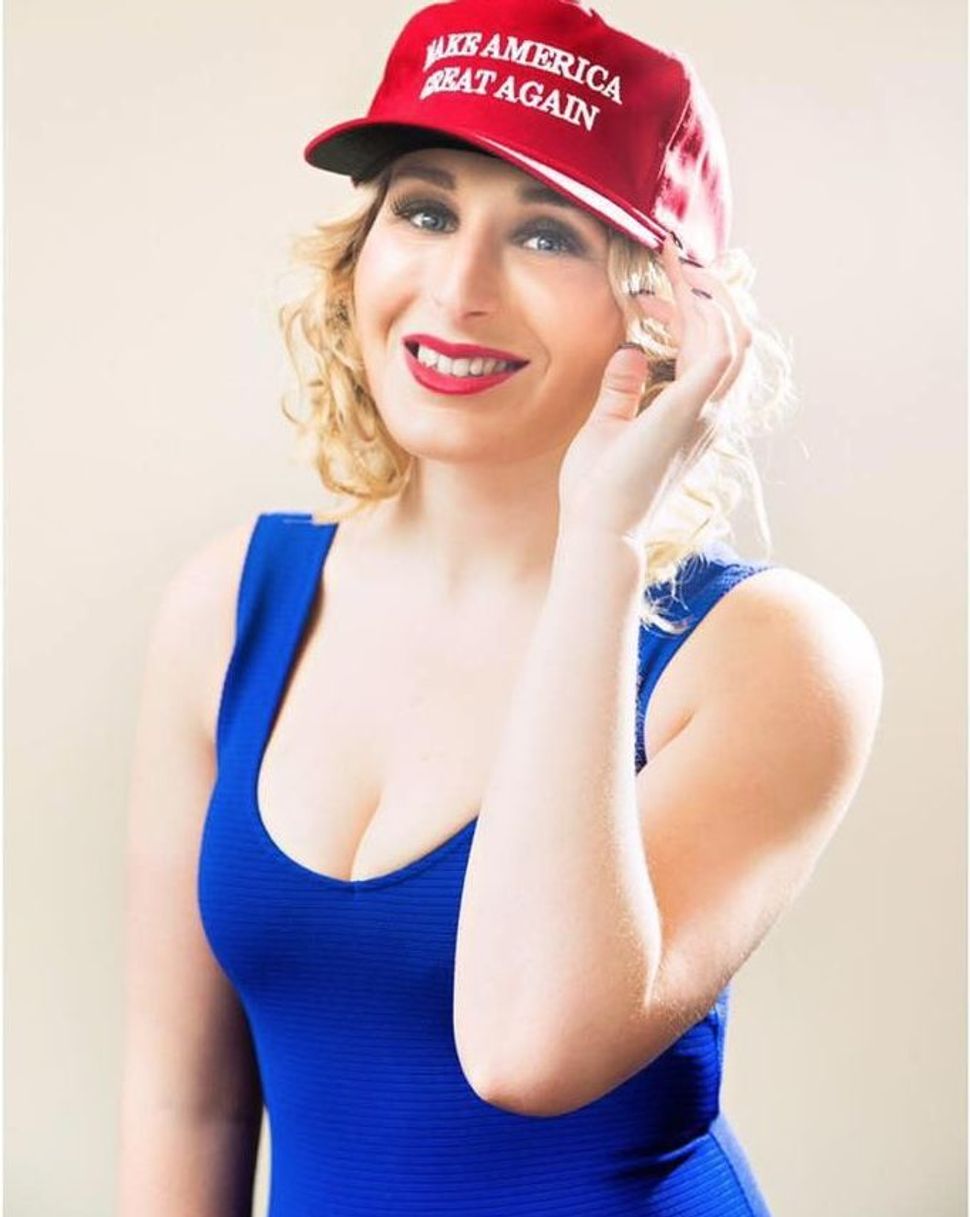 Laura Loomer has clashed with Richard Spencer over his anti-Semitic statements and actions. Image by Facebook

On June 26th, Richard Spencer, founder of the white nationalist National Policy Institute, and Laura Loomer, of “Julius Caesar” protest fame, presided over competing far-right rallies in the capital. Spencer has little regard for Loomer and her ilk, whom he likes to call “alt-light.”

Loomer, who is Jewish, has called Spencer out for hating Jews.

Just admit it @RichardBSpencer. You can’t stand the fact that a Jew is in the spotlight. https://t.co/X1eMvLyY9d

The “alt-right” has no central leadership, and its self-styled figureheads have struggled to distance the “movement” from out-and-out neo-Nazis. The spat between Spencer and Loomer is the latest chapter in the ongoing confusion over what core beliefs define the ‘alt-right,’ and which groups of people it excludes.

Loomer seems to represent the side of the movement that emphasizes memes and political provocation. Spencer is a straight-up white nationalist who advertises his “northwestern European” pedigree on Twitter.

Andrew Marantz recently reported in the New Yorker on how this “branding war” is pushing people in Loomer’s corner to rebrand as the “New Right.” Loomer’s circle, which includes the conservative blogger Lucian Wintrich, the conspiracy theorist Jack Posobiec and the ‘alt-right’s’ “meme mastermind” Mike Cernovich, is embracing the term “New Right” to avoid the derogatory brand of “alt-light.”

As in D.C., public “alt-right” protests in Texas have given way to far-right infighting. Militiamen have attacked ‘alt-right’ protesters for being too racist. Attempts to save Confederate icons have been exposed as pure delusion.

Earlier this month, on an overcast Saturday in a Houston park, nearly 1,000 people showed up to counter-protest a protest (and alleged destruction) of a statue of Sam Houston, the founder of Houston, Texas. Those in attendance believed themselves to be defending one of the great figures of the Confederacy. They brought Confederate flags, lots of guns, and plenty of meme posters.

Except that there were no plans to remove the statue. And Sam Houston wasn’t a Confederate.

The destruction of the statue was a hoax perpetrated by what the Houston Press identified as an online ‘alt-right’ collective. The collective was participating in a national operation to create fake anti-fascist (“antifa”) social media accounts in an attempt to mock anti-fascist activists.

Some Texas media outlets, however, believed the hoax, and reported on the impending removal of the statue. In response, ‘alt-right’ and white supremacy groups organized a “counter-protest” to keep the statue from being removed. Police created designated protest and counter-protest areas that Saturday morning, but protest section remained empty.

(For the record: Sam Houston hated the Confederacy, and Jefferson Davis. He cursed it from his deathbed.)

This episode happened on the same day that anti-Muslim marchers at Austin’s edition of the national March Against Sharia found themselves outnumbered 10-to-1 by pro-Muslim counter-protesters. (The Austin marchers also did not have the proper permits.)

“These are good memes!” the man added.